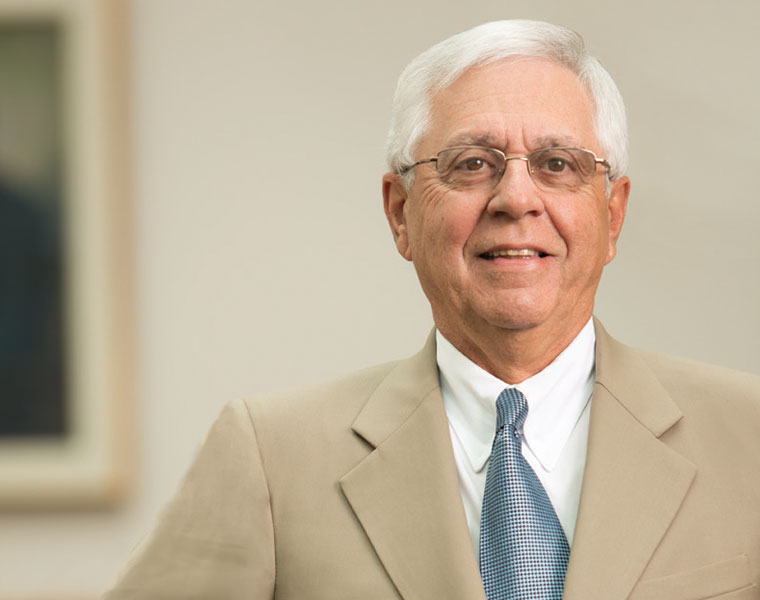 In 1959 Frank Linsalata followed his older brother to the Case Institute of Technology—and he’s been leading ever since.

A highly successful corporate executive who went on to found a thriving private equity firm, Linsalata has spent decades giving back to his alma mater and the Northeast Ohio community. To honor his enormous commitment of time, talent and resources, the 1963 graduate will receive the President’s Award for Visionary Achievement during commencement ceremonies Sunday, May 15.

“Frank Linsalata’s leadership helped transform Case Western Reserve University,” President Eric W. Kaler said, “and his philanthropy has helped change lives on our campus and in greater Cleveland. He is richly deserving of this honor, and I very much look forward to presenting it to him at my first CWRU Commencement.”

Established in 2008, the President’s Award for Visionary Achievement recognizes individuals “who provide exceptional philanthropic service to the university, the world and humanity itself.” Previous recipients include Norma Lerner, Jane Baker Nord, the Cleveland Foundation and its CEO Ronn Richard, and the Mt. Sinai Health Care Foundation and its President Mitchell Balk.

An Akron native, Linsalata went on to earn his MBA from Harvard Business School after receiving his bachelor’s degree in mechanical engineering from the Case Institute of Technology. He returned to Northeast Ohio and worked for Fortune 500 company Midland-Ross for 18 years before launching his own firm.

Linsalata remained engaged with the university by serving on school visiting committees and other groups, and in 1999 joined its Board of Trustees. Four years later, he became the first undergraduate alumnus to chair the board. In 2006 Linsalata led the search committee that selected Barbara R. Snyder as president, and later chaired the record-setting Forward Thinking capital campaign, which raised $1.8 billion by the time it concluded in 2018.

Among the campaign’s priorities was scholarships, a cause particularly important to Linsalata because of the support he received as a student. That area alone drew more than $250 million in contributions, including gifts from Linsalata and his wife, Jocelyne. The two also supported the Tinkham Veale University Center, the Frank N. and Jocelyne K. Linsalata Alumni Center, the Inamori International Center for Ethics and Excellence and the Health Education Campus of Case Western Reserve University and Cleveland Clinic.

In addition, the Linsalatas have given generously to University Hospitals, and Jocelyne’s alma mater, Youngstown State University, among many other nonprofit organizations.