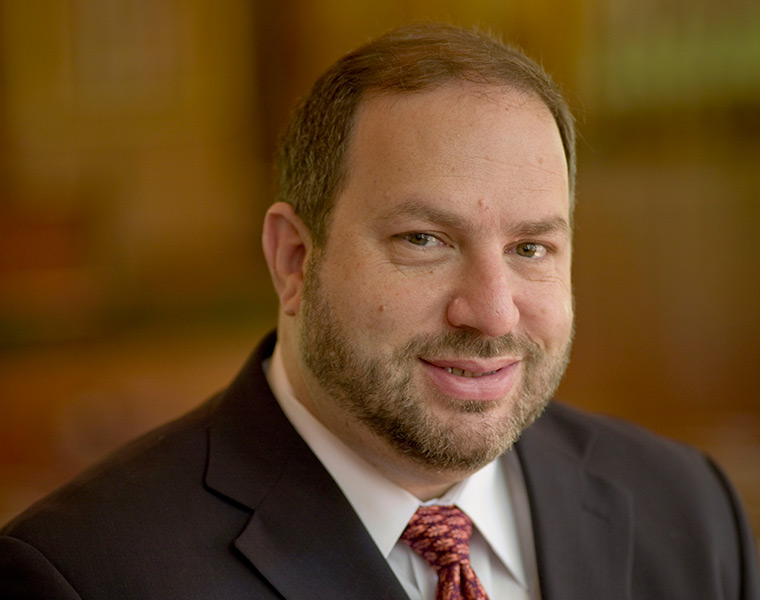 A philanthropic organization that emerged from one of Northeast Ohio’s most beloved hospitals is this year’s recipient of the President’s Award for Visionary Achievement—along with its longtime leader.

Through grant-making that advances the health and well-being of the greater Cleveland community, the Mt. Sinai Health Care Foundation and its president Mitchell Balk, have honored the legacy of an institution known for medical excellence throughout the 20th century.

“Like its predecessor, Mt. Sinai Medical Center, the foundation has played a pivotal role in advancing education, research and care,” Case Western Reserve University President Barbara R. Snyder said. “For more than two decades, President Mitchell Balk and a visionary board of directors have supported outreach and innovation that makes a meaningful difference for our community—as well as others around the world.”

President Snyder will present the honor to Balk and Mt. Sinai board chair Susan Ratner during Case Western Reserve University’s Commencement exercises Sunday, May 21, in the Veale Convocation, Recreation and Athletic Center.

The foundation began in the mid-1990s as a way to continue the Mt. Sinai’s mission after the sale of its health-care system to an outside company. Over the years, the health-care foundation has supported health education and intervention programs in area schools and organizations, health policy research and advocacy, and services such as senior transportation and patient care.

In recent years, the Mt. Sinai foundation provided invaluable support to create the Mt. Sinai Health Care Scholars program, which provides funding for some of the medical school’s most promising young faculty.

In 2012, Mt. Sinai made the largest commitment in its history with a $10 million award to support a new medical education building. That gift, announced jointly with the Cleveland Foundation, which also awarded $10 million to the effort, ultimately helped catalyze what has become the Health Education Campus project with Cleveland Clinic.

In 2015, the foundation committed $1.2 million to MetroHealth Medical Center to support bringing the Nurse-Family Partnership to Cleveland. The partnership is a national program that provides visiting nurses to first-time mothers during pregnancy and the first two years of their children’s lives. Rigorous research evaluations have shown that the effort significantly reduces infant mortality, children’s emergency room visits, and behavioral or intellectual problems by age six.

The roots of the original Mt. Sinai hospital date back to the early 1900s, when a Jewish women’s organization purchased a home on Cleveland’s East Side and converted it into a small medical facility. From the very start, the institution’s mission included care for those in need, as well as for patients of any faith. Its physicians also were known for ingenuity; Myron Metzenbaum, for example, received his undergraduate and medical degrees on this campus and then, as a surgeon at Mt. Sinai, invented a special scissor that was ideal for delicate work that became ubiquitous in operating rooms and continue to bear his name. Another physician, Benjamin Kline, performed such pioneering work in identifying diseases based on their presentation on glass slides that he won a national award for his contributions to pathology.  In addition, Harry Goldblatt drew international for his work in advancing medicine’s understanding of high blood pressure.