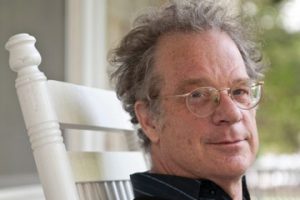 Thomas Jefferson is the only American architect with the distinction of having two of his projects—the University of Virginia and his home, Monticello—land on the United Nations’ list of World Heritage sites.

What’s more, he created these projects while also drafting the Declaration of Independence, serving as the nation’s third president and engineering the Louisiana Purchase.

“Even in the midst of his achievements as a statesman, Jefferson became the first American architect of world-class stature,” said Henry Adams, the Ruth Coulter Heede Professor of Art History at Case Western Reserve University. “His buildings are further testament to his genius, while also offering a window into his personality.” 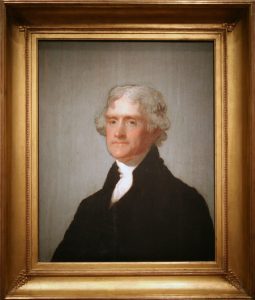 Adams’ research on the topic—“The Architectural Jefferson: The Draftsman and His Ideals”—was unveiled Jan. 28 at the Massachusetts Historical Society’s (MHS) 225th anniversary celebration in Boston, which coincided with the opening of the exhibit, The Private Jefferson, featuring Jefferson’s personal papers and architectural drawings.

Adams will present a lecture on his research at MHS on May 16, and the display will be up through May 20.

Jefferson was self-taught as an architect, and many of his projects contain awkward, amateurish features, laying bare his technical limitations. Never mastering how to draw buildings in perspective or render shading, he relied on professionally trained draftsmen to bring his plans to life on the page.

“For all the oddities, there’s an extraordinary intelligence,” said Adams. “His buildings are still so compelling and maintain a charisma only rivaled by, perhaps, Frank Lloyd Wright.” 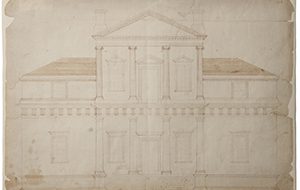 Collection of the Massachusetts Historical Society

Going against the architectural tenor of his time, which felt that utility alone mattered and beauty in buildings was money wasted, Jefferson insisted his designs also function as art.

Jefferson designed the Virginia State Capitol and drafted the Declaration of Independence at the same time, suggesting that the craft of architecture and the design of democracy were linked in his mind, said Adams.

“His conviction that fine architecture can contribute to good government—and that art can have a prominent place in a democratic society—was an alien idea before he introduced it in America,” said Adams. “He also wanted to improve the tastes of his countrymen, and it’s clear he continues to do so.” 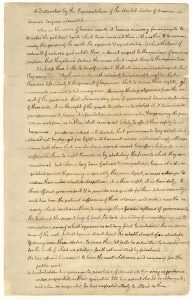 Adams also contributed one of three essays in the MHS exhibit’s companion piece, The Private Jefferson: Perspectives from the Collections of the Massachusetts Historical Society, published by University of Virginia Press. Other selections written by Peter Onuf, the Thomas Jefferson Memorial Foundation Professor at the University of Virginia, and writer-historian Andrea Wulf.

The MHS describes its Coolidge Collection of Thomas Jefferson as the world’s largest collection of his personal papers, including manuscripts contains letters, journals, record books, accounts and more than 400 architectural drawings—almost 9,500 documents in total.

the daily recently wrote about a new book of essays by Adams on American painter Thomas Hart Benton.