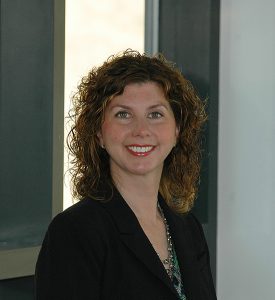 Rachael Sommer, program manager of the Healthy Cleveland Initiative within the Cleveland Department of Public Health (CDPH), nominated Trapl for the award.

“She and her team at the Case Western Reserve University Prevention Research Center for Healthy Neighborhoods have been invaluable in providing expertise in research as it relates to improving the health of our citizens in Cleveland,” Sommer wrote of Trapl.

Sommer explained Trapl’s contributions to Tobacco 21, which would make it so retailers couldn’t sell tobacco products to anyone under 21, and a law that would restrict flavored tobacco sales in Cleveland. Trapl contributed her research on tobacco use in Cleveland and prepared for public hearings on the topic, sharing her testimony as evidence.

In addition, Trapl leads the Breathe Free committee for the CDPH’s Healthy Cleveland initiative. The committee focuses on clean air standards, using a socio-ecological model to create tobacco prevention/cessation interventions at all levels of change, including the policy level.

The OPHA Public Health Policy Award is given to an individual, group, agency or organization that contributed significantly to public health through the crafting and/or promotion of public health policy during the previous year. Trapl received her award at the annual OPHA Celebrate Public Health Awards Dinner May 10.