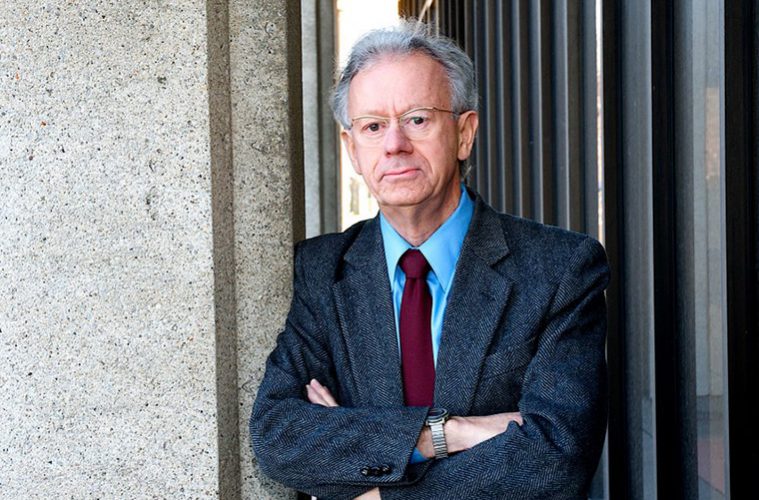 Philip Taylor’s legacy at Case Western Reserve University would be secure even if only reckoned by sheer numbers: The award-winning renowned scientist-researcher has been on the faculty for 55 years—for more than a quarter of the 193-year-old institution’s existence, as he likes to point out.

But raw data—even if extraordinary—can’t capture the career and charisma of this 81-year-old theoretical physicist, who also has a penchant for words and a lyricist’s wit.

Taylor is already a Distinguished University Professor, who has mentored more than 50 PhD students and postdoctoral fellows, and  is a frequently published scientist with a half-dozen physics terms bearing his name, including the “Taylor Singularity.”

He is also a longtime pioneer of environmentally responsible living in Ohio—believed to be the first to own a hybrid-electric car and install solar panels on his home. And as a member of the Panel on Public Affairs of the American Physical Society, he recently helped craft its official statement on climate change.

But he’s also a wordsmith who, at one point in his career, would recite his poetry on WVIZ, Cleveland’s public television station.

“It’s fun to play with words, and you get a feeling of actually creating something,” said Taylor, launching into the recitation of a full-length poem he wrote for the TV program more than 25 years ago. “But there’s a challenge and delight in theoretical physics, too. Here, you’re not creating as much as you are uncovering something, learning something that nobody else knows and that nobody else has known in the history of the world.”

Now, Taylor has been named the 2019 winner of the Frank and Dorothy Humel Hovorka Prize, an award presented annually to an active or emeritus faculty member whose exceptional achievements in teaching, research and scholarly service have benefited the community, nation and world. Taylor will be honored during commencement Sunday, May 19.

“I’m particularly thrilled to win this particular award because of the close association I had with Dorothy Hovorka in planning the 1987 Michelson-Morley Centennial Celebration,” Taylor said. “I was in over my head, though, and Dorothy, who was a very energetic, wonderful woman, was the real force behind it.”

The two raised more than $1.5 million and pulled off a symposium that was attended by virtually all of the then-living American Nobel laureates in Physics. The event also included a Cleveland Orchestra performance of a piece commissioned from Philip Glass and the installation of a light sculpture that remains on top of Crawford Hall, said physics Professor Harsh Mathur.

Mathur said he has been fortunate to work alongside a great mind and a great person.

“Physical insight and masterful use of statistical physics are a hallmark of his work,” said Mathur, who last year organized “Taylor Fest” in honor of his friend’s 80th birthday.

Former student Olle Heinonen, now a senior materials scientist at Argonne National Laboratory near Chicago, said Taylor was “supportive, patient and nurturing” as an advisor and mentor—a “true gentleman who instilled integrity and ethics” in his students and postdocs.