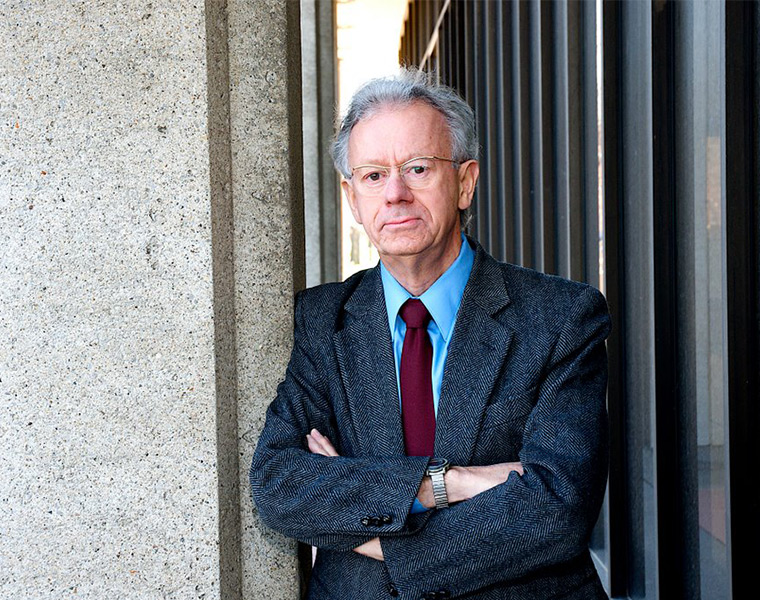 Interested in a lively discussion Thursday on black holes and cosmic inflation?

How about a guest lecture on anthropogenic climate change and planetary wave resonance from climatologist Michael Mann?

Or maybe you’re into debating the entropic forces on evolution or pondering the “persistent mysteries” in astrophysics.

All of that—and more—will be part of Taylor Fest 2018, an all-day tribute to Philip Taylor, Distinguished University Professor and Perkins Professor of Physics, who celebrates his 80th birthday this academic year.

A day of talks is planned Thursday as part of Taylor Fest. Case Western Reserve President Barbara R. Snyder is expected to open the symposium with remarks at 9 a.m. and the full schedule of presentations is also online. Registration is full, but email hxm7@case.edu with questions about the event.

Taylor also will lead the final discussion at 4:30 p.m.: “Laws, equations and principles—the pathway to immortality.”

“We hope we’ve come up with a diverse array of topics” said Harsh Mathur, a physics professor who led the way in organizing the event and will present a talk on Taylor, called “Life in Science,” at 3:45 p.m. “Really, we tried to pick subjects that would interest Phil. These are things he is deeply concerned about.”

Taylor is known not only for his academic and professional contributions—he helped write the American Physical Society’s statement on climate change—but for his personal commitment to living an environmentally sustainable life. He was reportedly the first person in Ohio to own an electric Toyota Prius and the first to install solar panels at his home, Mathur said.

He also has strong connections to the speakers. For example, as an undergrad, Taylor studied with Michael Fisher, Distinguished Professor at the University of Maryland, who will speak on “The Discovery of the Renormalization Group.” Then, he mentored Alexander Vilenkin, of the Tufts Institute of Cosmology at Tufts University, when Vilenkin was a postdoctoral fellow at Case Western Reserve. Vilenkin will present the black holes talk.

See the full schedule of events at physics.case.edu/taylorfest-2018/taylor-fest-2018-schedule/.