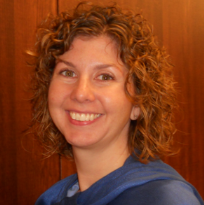 Additional findings detailed in the PRCHN data brief include:

“There is more to tobacco use than cigarettes and we can no longer ignore the use of cigars,” said Erika Trapl, associate director of the PRCHN. “These are often an underappreciated threat since they do not fall under the same regulatory guidelines as cigarettes.”

Little cigars and cigarillos, wrapped in brightly colored packaging, are often enhanced with fruity flavors that appeal to youth and adults alike. They are sold as singles or in two-or three-packs. Despite their “fun” look, these cigars contain a substantial amount of nicotine and could lead smokers to a lifetime of tobacco addiction.

“Manufacturers can use ploys to promote these products that are now illegal to promote cigarettes,” noted Trapl.

The PRCHN data brief was compiled using five years of local survey data detailing compiled from the Cleveland-Cuyahoga County Behavioral Risk Factor Surveillance System and includes differences in little cigar use among Cleveland adults by age, gender and race/ethnicity. Earlier this month, the Centers for Disease Control and Prevention released a study detailing the dangers of little cigars, particularly for youth.

With an eye on prevention efforts, last month Ohio raised taxes on some little cigars (those sold in packs of 20). However, these taxes do not apply to little cigars or cigarillos sold in smaller quantities.