What these innovative products and services have in common are entrepreneurs from Case Western Reserve University—and each are the basis for a company among the six finalists in the first Morgenthaler-Pavey Startup Competition.

The contest’s final round, a demo day competition open to the public, is March 15—register here for a free ticket—at the Larry Sears and Sally Zlotnick Sears think[box]. The awards are $25,000 for first place, $15,000 for second and $10,000 for third. 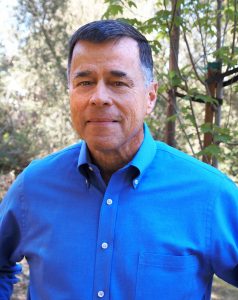 In the meantime, the startups will be mentored by JumpStart Inc., a nationally recognized Cleveland-based nonprofit that works to unlock the full potential of diverse and ambitious entrepreneurs. JumpStart, one of the competition’s lead backers and provider of $50,000 in prize money in partnership with the Ohio Third Frontier, will help the finalists hone their pitches for presentations to a panel of professional investors, who will then decide the winners. Law firm Thompson Hine will also provide free and discounted legal services to help each company beyond the competition.

“No matter which of these excellent startups ultimately takes the top prize, each are driven by promising young entrepreneurs who will benefit from the invaluable expertise our professional partners are so generously providing,” said Bob Pavey, a Case Western Reserve trustee who co-founded the contest to honor his late investment partner and venture capital pioneer, David Morgenthaler.

“We’re also hoping to contribute to the betterment of the local economy by helping these startups reach their goals,” said Pavey, managing partner of Pavey Investments in Cleveland and Silicon Valley, California, and partner emeritus at Cleveland-based Morgenthaler Ventures.

David Morgenthaler, who died in 2016, was widely considered a pioneer of the American venture capital industry. He was president, chairman or director of 30-plus companies, and considered among the earliest venture capitalists, backing such businesses as Apple and Nextel.

The finals of the Morgenthaler-Pavey Starup Competition are March 15 at the Larry Sears and Sally Zlotnick Sears think[box], the university’s seven-story, 50,000-square foot makerspace.

The Morgenthaler Family Charitable Foundation, The Pavey Family Fund and others are also contributors to the competition, which is to become an annual event.

Designed to be as much of a teaching tool for university students as a contest for startups, the competition began last fall, with 29 companies—each with one current university student or graduate of the last five years—submitting pitch decks, essentially a digital presentation of each startup’s strengths and intentions.

Each startup was screened and scored by students in an undergraduate entrepreneurial finance class at the Weatherhead School of Management taught by Scott Shane, the A. Malachi Mixon III Professor of Entrepreneurial Studies and a professor of economics, who is coordinating the competition.

“We were playing a role essential in any venture capital firm: screening which startups advance to undergo serious consideration for funding,” said Elyh Lapetina, a senior electrical engineering major in Shane’s class.

“This was great practice for many of us who want to do something similar after graduation,” said Lapetina, who also helped build the competition’s website.

The six finalists, in alphabetical order, are:

Apollo Medical Devices is commercializing rapid blood-testing technology that provides eight measurements within 5 minutes from just one drop of blood. 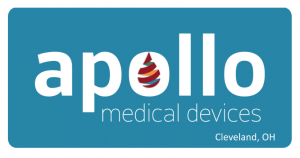 Currently, blood-chemistry tests take anywhere from 30 minutes to 2 hours and, according to the National Library of Medicine, are the most frequently ordered tests by physicians in the United States.

As an employee-recruiting service that pairs artificial intelligence with professional employment screeners, Everhire has developed technology that makes the process more efficient, allowing the startup to undercut the pricing of traditional staffing firms by half.

Companies using the service save money, allowing them to recruit employees more frequently, according to Everhire, which is led by CEO Yannick Cohen, a 2010 graduate with a bachelor’s degree in biomedical engineering and physics. 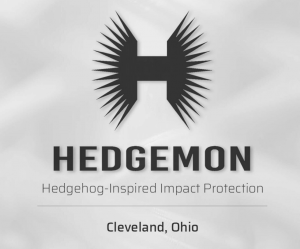 Drawing inspiration from hedgehog quills—which protect their skin by absorbing impacts—Hedgemon has created polymer materials that can be added to sports helmets for added protection. The technology may also be used to improve the safety of automobile panels and car seats and for protective cases for instruments and sensitive equipment.

Nate Swift, a 2016 graduate with a master’s degree in physics and entrepreneurship, serves many roles in the startup, including fundraising, biomechanical research and research and development.

Eliminating waste by sourcing produce deemed below grade for grocery stores from local distributors, the service packages the ingredients with recipes and delivers the boxes to community pick-up hubs close to each customer’s work, school or home.

Led by CEO Trista Li, a 2013 CWRU graduate, the startup also collaborates with community wellness initiatives to include educational materials about healthy eating.

By using algorithms to analyze aerial images of agriculture and timber lands, ImaginAg can streamline the extraction of information, such as crop and tree counts. The startup contends its service is faster and more accurate than methods that use human analysts. 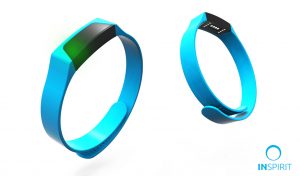 Inspirit offers a wrist device that monitors and displays real-time levels of hydration to reduce hospitalizations due to dehydration among the elderly—and, by extension, legal claims against medical facilities for negligence.

The company includes 2018 MBA candidates Siddhartha Sen and Shravan Khare, as well as Eamon Johnson, a post-doctoral scholar who received a PhD in computer science from CWRU in 2016.