Did You Know: Jean Murrell Capers

In honor of Black History Month, throughout February, we will recognize a few of our outstanding black alumni for their exemplary accomplishments. 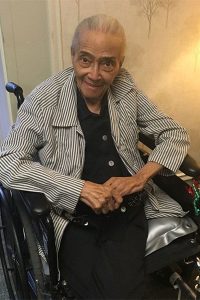 During her career, she held such positions special as counsel to the Ohio Attorney General and was an original member of the Women’s Advisory Council of Employment Services.

In addition to her professional activities, Capers was a leader in the community through service with the Central Welfare Association and National Council of Negro Women.

At homecoming in October, the Alumni Association named Capers the recipient of its Distinguished Alumni Award, the highest honor the association can bestow.

Capers passed away last July at the age of 104.

Read more about Capers’ life in the fall/winter 2016 edition of Think.