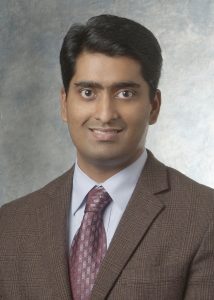 Rohan Akolkar, associate professor of chemical engineering and the principal investigator on the project

A Case Western Reserve University proposal for a low-cost, energy-efficient method to extract the strategic metal titanium from ore was selected by the U.S. Department of Energy’s Advanced Research Projects Agency-Energy (ARPA-E) for contract negotiations. This one-year project will be funded by ARPA-E at about $675,000 through the program on Modern Electro/Thermo-chemical Advances in Light-metal Systems.

With a high strength-to-weight ratio and unparalleled chemical stability, titanium is critically important for applications in aerospace, transportation and defense. However, the current process used to refine titanium from ore is extremely energy-intensive, making titanium expensive, thus limiting its widespread use.

“Our project, if successful, will lower the cost of titanium by up to 60 percent,” said Rohan Akolkar, associate professor of chemical engineering and the principal investigator on the project.

Akolkar’s team, which also includes Uziel Landau, professor and chair of chemical engineering, and Mark De Guire, associate professor of materials science and engineering, will work toward demonstrating feasibility of their idea in the next year.

The Case Western Reserve team proposes to use an electrolytic process, called electrowinning, to directly extract titanium from molten titanium salts. A specialized electrochemical reactor will be designed and built at CWRU to facilitate a stable electrowinning process to produce the metal.

“Much of the cost associated with extracting titanium via conventional non-electrolytic routes lies in processing the sacrificial reducing agent, which is typically magnesium. In our direct electrolytic process, magnesium is not required,” Akolkar said. “This reduces cost, reduces energy consumption and simplifies the overall process.”

The electrolytically extracted titanium is expected to contain fewer impurities and therefore have superior mechanical properties as extracted.

The team’s process has the potential of considerably expanding the domestic titanium production industry, which is important to U.S. security. It can boost manufacturing and lower the reliance on titanium imports, which come mostly from Russia.