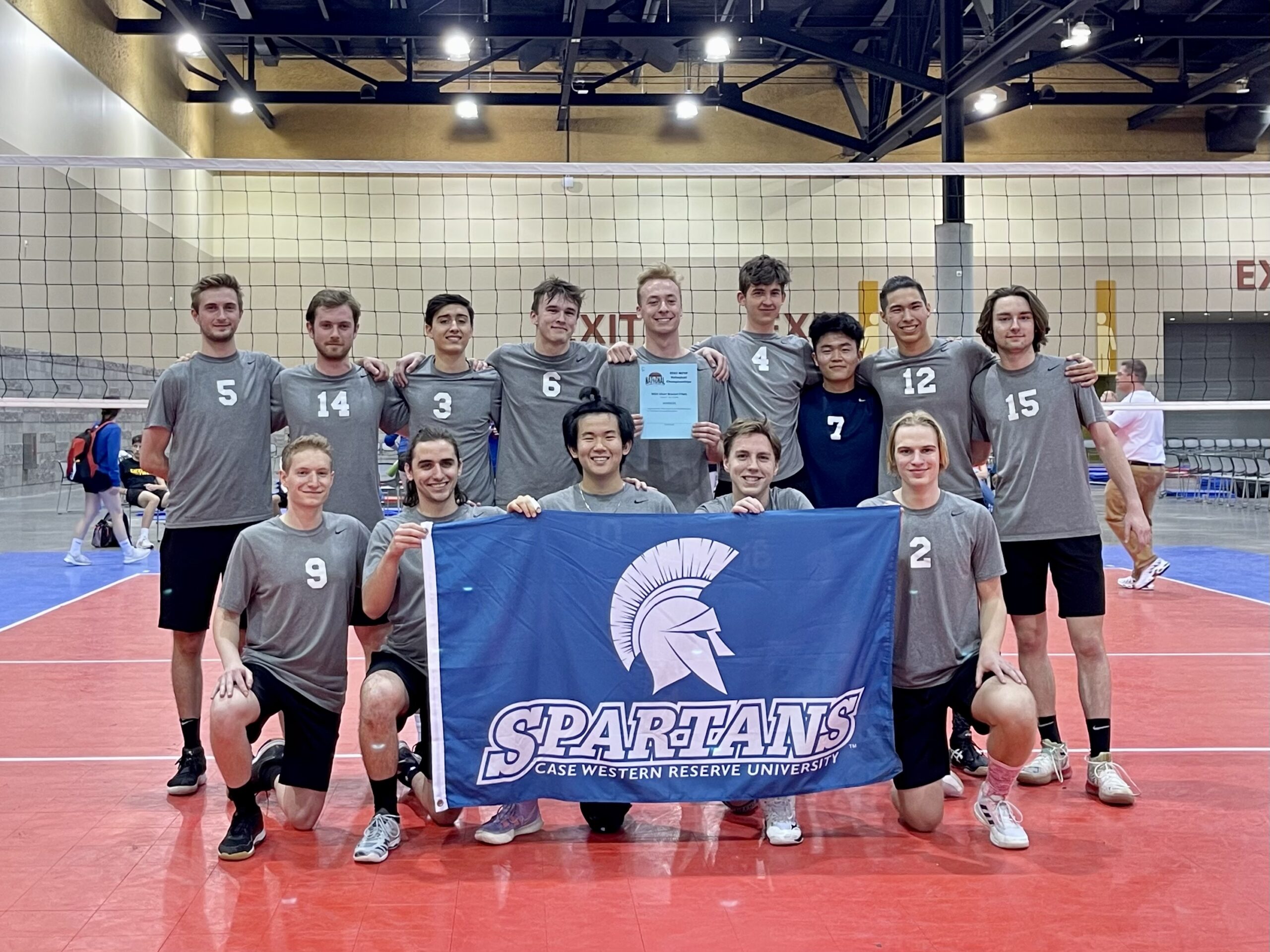 On Saturday, April 16, the CWRU Club Volleyball men’s team made history, winning the title of DII Silver Flight champions at the National Collegiate Volleyball Federation (NCVF) championship. Led by fourth-year classics major and men’s team captain Colin Hawkinson, the team played nine games during the three-day NCVF championship in Phoenix and won all but one.

“I’m so proud of this team,” said Hawkinson. “This was the best we played all season, and I really feel as though we played at our potential at the right time. I’m so excited for the future of the club and for the younger members to continue to grow the team and our legacy.”

For the team’s 10 underclassmen, Hawkinson said, the team’s performance serves as an inspiration to carry on the growth and success of the club. For the seniors, the win brings closure to four years of play disrupted by the pandemic.

Members of the CWRU community at every level of skill, from beginner to experienced players, are invited to join CWRU Club Volleyball on CampusGroups.