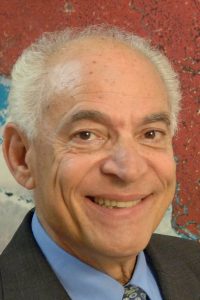 For more than 50 years, Farouk El-Baz has paired his powerful imagination with a deep knowledge of the sciences, helping transport humankind to its furthest reaches and provide new access to such life-giving forces as water and education.

On Sept. 13-14, the Inamori International Center for Ethics and Excellence at Case Western Reserve University will host El-Baz on campus to honor his career of leadership and selection as winner of the 2018 Inamori Ethics Prize. Read more about his storied career.

“Dr. El-Baz showed ethical leadership when he taught the Apollo astronauts to see themselves as part of a global endeavor, and later when he used his skills to look for groundwater in conflict regions like Darfur,” said Shannon French, director of the Inamori Center and the Inamori Professor in Ethics at Case Western Reserve. 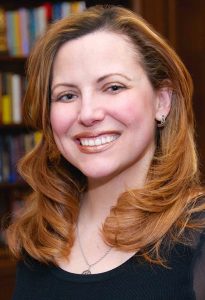 “Dr. El-Baz did not stop serving humankind after he helped take us to the moon. After leaving NASA, he asked how he could use space technology to save lives right here on Earth—and he found a way,” said French, who is also a professor of philosophy and a professor of law at the university.

Each year since 2008, Case Western Reserve has awarded the Inamori Ethics Prize to honor lasting and significant contributions to ethical leadership on the global stage.

This year’s Inamori Prize-related events, which are free and open to the public (online registration is requested), include:

About the Inamori Ethics Prize

The Inamori Center was endowed by a generous gift from Kazuo Inamori, who established the Kyocera Corporation and is a global telecommunications leader and founder of the Inamori Foundation that presents the annual Kyoto Prize in Kyoto, Japan.

Friday’s academic panel will include El-Baz and Alexis Abramson, the Maltz Professor of Energy Innovation and co-director of the Great Lakes Energy Institute at the university, as well as Marla Pérez-Davis, deputy center director of the NASA Glenn Research Center in Cleveland.

El-Baz also will meet with Case Western Reserve student leaders in engineering and global health during his visit, in keeping with his mentorship of countless students and professionals.

To the moon (and the movies)

Hailing from a small Egyptian town in the Nile Delta, El-Baz credits his sense of curiosity and fascination with the physical world to his father’s dedication to teach his wife and their nine children to read and write.

In his late 20s, El-Baz helped choose landing sites for the first manned mission to the moon, Apollo 11. In the early 1970s, he helped establish and direct the Center for Earth and Planetary Studies at the National Air and Space Museum at the Smithsonian Institution—and later helped pioneer the use of IMAX movies.

Until his retirement this spring, El-Baz served as the director of Boston University’s the Center for Remote Sensing, a NASA-recognized “Center of Excellence” that studies earth’s environment using technology created for space exploration—including in the search for groundwater sources in some of the world’s driest places. 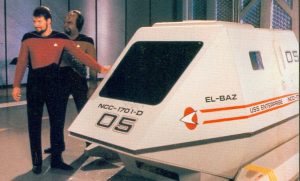 The “El-Baz” ship on Star Trek: The Next Generation

A geologist and clear-water advocate, El-Baz advised the president of his native Egypt, Anwar Sadat, from 1978 to 1981, to seek ways the country’s inhabitants could loosen their dependence on the Nile Valley.

His scientific and historic achievements have not escaped the notice of popular culture, including a portrayal of El-Baz training NASA astronauts in the Tom Hanks-produced HBO series From the Earth to the Moon—and a spaceship bore his name in Star Trek: The Next Generation.

The Inamori Center also will host its inaugural essay contest, inviting Case Western Reserve and local high school students to write about what ethical leadership means to them, while drawing the examples El-Baz or a past recipient of the Inamori Ethics Prize.

Two awards ($500 for first place, $250 for runner-up) will be given in each student category (high school, undergraduate and graduate/professional).

Any current graduate, professional and undergraduate student at Case Western Reserve, or high school student in the Northeast Ohio region, is eligible.

More information on how to enter is available on the Inamori International Center for Ethics and Excellence website.

More past winners can be found on the University Events website.