5 questions with… director of professional development and learning Robert Hall 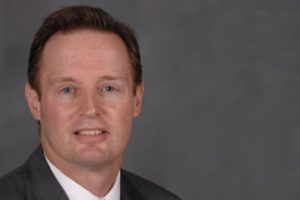 While working in professional development and learning at Kent State University, Robert Hall often found himself considering the same question: What makes people change their performance?

Hall was captivated by Harvard scholar Srini Pillay’s book, Your Brain and Business: The Neuroscience of Great Leaders, which gave him new ways to think about how to coach people to advance their careers and develop new skills.

Since November, he has used that background to help shape and oversee the university’s new Professional Development Center as director of professional development and learning in the Office of Human Resources.

Hall has been involved in various aspects of human resources—both in higher education and with companies such as Ernst & Young (now EY) and AT&T—since the late 1990s. When the opportunity arose to develop a new center for professional development at CWRU, it was too good for him to pass up.

“I walked away from the interview process and knew [university administrators] were really committed to this and they wanted to do it right and have a big impact,” he said. “I felt like the groundwork was in place, the plan was in place, the people were in place. I just couldn’t walk away.”

The center will offer high-quality learning opportunities so each individual, unit and the university as a whole can develop. Hall hopes the center will help supervisors and their employees plan intentional steps toward growth.

It will provide resources for faculty and staff to advance their careers through a carefully developed curriculum. Two series—covering everything from emotional intelligence to directing and delegating—will be the program’s flagship offerings, with each series repeated in the fall and spring.

The Management Development Series will help managers and supervisors understand the true essence of what it means to oversee the work of other people at CWRU. Meanwhile, the Personal and Professional Impact Series will give faculty and staff the opportunity to learn more about themselves and how they can contribute to the university as a whole.

Before Hall tackled the curriculum, he first wanted to gain an all-encompassing understanding of the university’s needs for the new program. He met with deans and faculty and staff from across the university to find out what they considered most important.

“We needed to make sure that the curriculum reflects what it is that people want. I didn’t want to come into this assuming that I knew,” Hall said. “For me, the best way to find that out was to talk to people at all levels. That’s a standing offer and something I’ll never stop doing.”

While the university has long offered opportunities for professional development, the new center will present an expanded and renewed focus on the university’s commitment to develop its employees.

“What we’re really trying to do is create a culture of professional development at the university,” Hall said.

Check out the center’s calendar of offerings, but before you do, get to know Hall in this week’s five questions.

1. What’s the best way to spend a summer day in Cleveland?

It starts with my wife and I going for dinner and drinks—there are so many good places to go, whether it’s pizza and a glass of wine, or it’s something fancier.

We’d follow that up with live theater or something at Severance Hall with the Cleveland Orchestra.

2. What motivates you to work hard?

It’s all about personal relationships and the chance to meet and connect with people and to be a part of something that’s bigger than myself. That’s why I feel really deeply about the work that we do.

3. Who is your favorite character from a book, TV show or movie?

There’s a couple that I think really resonated with me. The more “academic” answer that stuck with me is Beowulf. That’s a character where you look at the storytelling and the path of the character and it’s really a compelling story that is as true today as when it was written a millennia ago.

From a more personal, fun perspective: I’m a huge Lord of the Rings and J. R. R. Tolkien fan. The Hobbit and Lord of the Rings were really important books for me as a kid and I still reread them. I have three boys, so I like to read the books or watch the movies with them. So really, any of the characters in those stories.

4. What’s the most daring thing you’ve ever done?

Somewhere around 2001, my wife and I were living in Chicago and had one son who was about 3 and the second was on the way. We’re born and raised in Ohio, and we decided we wanted to come back home. So we got this idea. I quit my job, my wife quit her job, sold our house, moved back to the Cleveland area and started a small family farm. I had never owned or operated a family farm, but we had been doing some planning and research and we really felt committed to doing that.

It may have been really stupid, but it was an incredible experience. That was fairly bold by my measure.