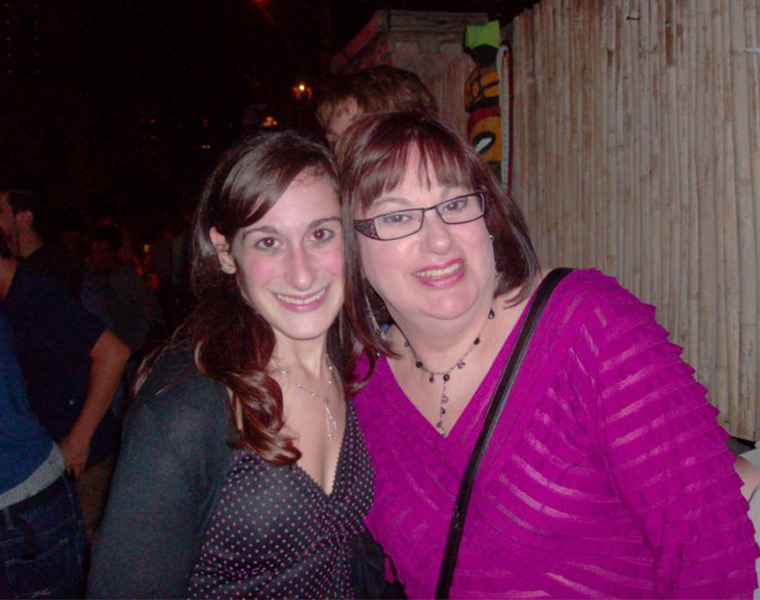 5 questions with… Sheryl Hirsh, a staff member educating the community on substance abuse

“What do you think an addict is?” That was the question Sheryl Hirsh, assistant director of the Laura and Alvin Siegal Jewish Lifelong Learning Program, posed to more than 100 law enforcement officials at the Ohio Attorney General’s Law Enforcement Conference last fall.

After they shared their thoughts, Hirsh told them her daughter’s story.

From the age of 3, Melissa Koppel experienced headaches so painful they made her sick. Though she managed the pain for much of her life, after her first year in college, the pain became so unbearable that she saw a doctor who prescribed her OxyContin. Hirsh opposed the recommendation, but Koppel said she understood the risks.

Hirsh soon noticed the medication made her daughter seem “zombie-like,” unable to do much more than go to class. She encouraged Koppel to come off the medication.

Koppel then began sharing the OxyContin with her boyfriend. One night, having run out of medication early, Koppel ended up in the emergency room, where she committed to a detox program.

Though Koppel briefly reverted back to old habits while completing her school year in Cincinnati, she returned home at the end of the semester. She began dating someone new, working part-time and taking classes at Cleveland State University.

For about a year, it seemed as if Koppel was getting back on track. But after some time, both Hirsh and her daughter’s boyfriend started to notice something seemed wrong.

Koppel was going to therapy at the time, and told Hirsh she was almost ready to tell her mother what was going on.

But then about two weeks later in May 2013, after what felt like a normal morning—breakfast at home together—Koppel overdosed.

That’s when Hirsh discovered that, for the past year, Koppel had been using heroin with her ex-boyfriend.

The cause of Koppel’s death remained a secret for a year. It was the stigma surrounding drug addiction that kept Hirsh silent for so long: She feared that knowing the truth would skew the opinions of those who referred to Koppel as “loving” and “sweet.”

“We’re just not that way—my husband and I,” Hirsh said. “We wear our hearts on our sleeves; we’re very up front and honest for the most part. So we were both fighting with this thought that nobody knew the real reason, and we decided it’s time to talk about it.”

Once she started opening up to others, Hirsh found that she was met with nothing but support—which drove her to keep going and work to change the narrative surrounding drug addiction.

“If people don’t start communicating, then you don’t ever get past it and make it OK,” she said. “People need to realize that the misuse of any substance and any kind of addiction is a brain disease—clear and simple. Now, how do we cure it and how do we get people past it—that’s not so clear and simple. We need to all accept that this is not a choice. That, to me, is the biggest message I try to let people know.”

That determination turned into a four-part series that Hirsh facilitates through the Siegal Lifelong Learning Program, Substance Abuse: Confronting Addiction, now in the middle of its third year.

Though it’s difficult to continue speaking out, Hirsh knows her work can make a difference. Recently, an eighth grade student sent Hirsh a letter after reading a profile of her in the Cleveland Jewish News. The student was shocked—and confused—that a prescription from a doctor could lead to addiction.

“If I touch people like that, how can I stop doing what I’m doing?” Hirsh said.

She had a similar impact on many of those attending the Ohio Attorney General’s Law Enforcement Conference last year.

At the conclusion of her presentation on her daughter’s addiction, Hirsh posed the audience with a new question: “Have you changed your mind on how you think of an addict?”

But first, learn more about Hirsh.

My favorite spot on campus is definitely the newer Uptown area. I am just so happy that Case [Western Reserve University] has chosen to do those renovations and revitalize that area. I think it’s fabulous. I eat dinner down there sometimes—I love it.

I’m a native New Yorker, and if I could live anywhere, it would probably be back in New York City. But I’d have to have all the funds that I’d want at my disposal to actually live there the way I want.

To fly a plane. It would be cool to fly up in the clouds. Since my daughter passed away, I’ve developed a deep connection with the sky. I’d just love to be able to go up anytime I wanted.

West Side Story, The Italian Job and Mary Poppins.

I come from a background of civil rights and equal rights. I have aunts who marched on Washington with the Civil Rights Movement. So what I love about Case Western Reserve is its diversity and acceptance of everyone.