XaTek Inc., a Cleveland-based company developing a portable sensing system that can quickly assess the clotting ability of a person’s blood, recently raised $9.1 million in Series A capital to further advance and test the device, called ClotChip.

The round of funding from a syndicate of private investors was successfully oversubscribed and will support the completion of XaTek’s first commercial product, including completing clinical trials and filing for U.S. Food and Drug Administration clearance for uses in hemophilia and anticoagulation therapy by mid-2021.

The ClotChip technology, which can assess the clotting ability of a person’s blood 95 times faster than current methods—using only a single drop of blood—was developed by researchers at Case Western Reserve University. The device also provides more information about the blood than existing approaches. 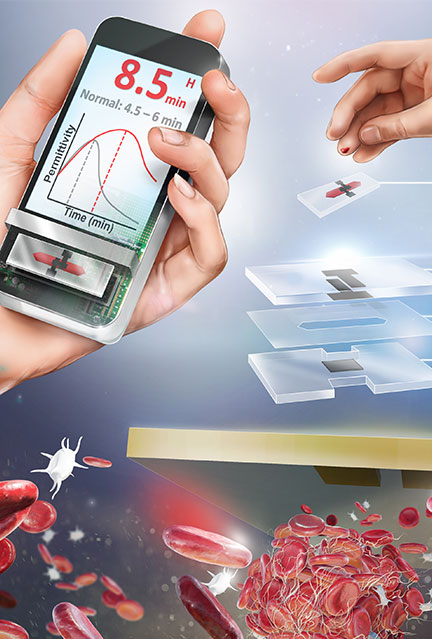 “The ClotChip sensor provides us with a platform technology that has the unique advantage of solving existing diagnostic issues for a number of medical conditions,” said John Zak, XaTek’s president and chief executive officer. “We were fortunate enough to have recognized the commercial opportunity, and the investment community has since validated our strategy. Our ability to raise meaningful capital in less than 90 days speaks to both the opportunity and the quality of the team we have assembled.”

In 2016, the university’s Technology Transfer Office granted an exclusive license to XaTek to develop the technology for commercial use. The technology is co-owned by the U.S. Department of Veterans Affairs (VA).

“We are excited to see the investor community’s enthusiasm to support further development of ClotChip, and look forward to the day when this innovative technology augments the quality of life for a range of patients on the spectrum of blood-coagulation disorders,” said Pedram Mohseni, professor of electrical engineering and computer science (EECS) at Case Western Reserve.

Mohseni led the development of ClotChip with Michael Suster, senior research associate, and Debnath Maji, a doctoral candidate, both in the EECS department, and Evi Stavrou, an assistant professor of hematology and oncology at Case Western Reserve School of Medicine and director of the Anticoagulation Clinic at the Louis Stokes Cleveland VA Medical Center.

The technique applies an external electric field to a drop of blood, then measures how the blood affects that field. The results reflect the ability of the blood to clot—a measurement of coagulability that can be sent to “the cloud” by a Wi-Fi /Bluetooth-enabled device.

This spring, XaTek expanded its strategy for the commercial use of ClotChip to hemophilia, a rare genetic condition in which the ability of the blood to clot is severely reduced, causing the sufferer to bleed severely from even a slight injury.