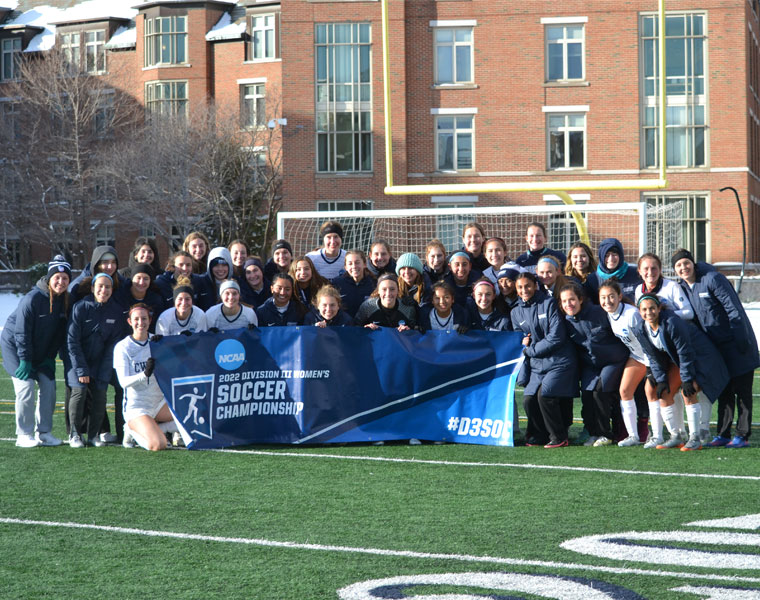 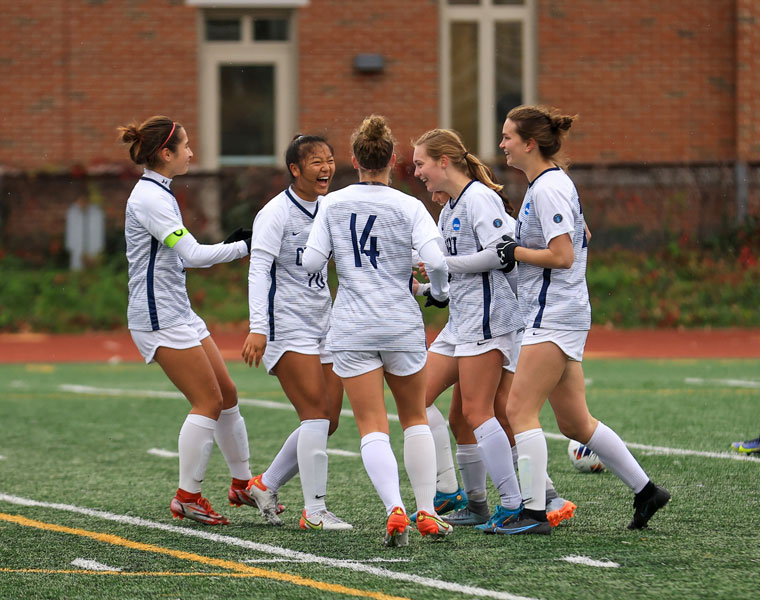 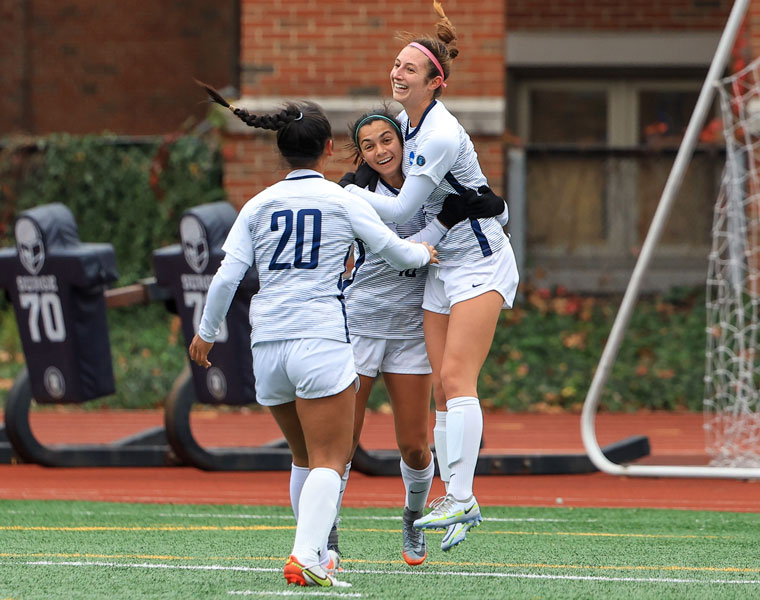 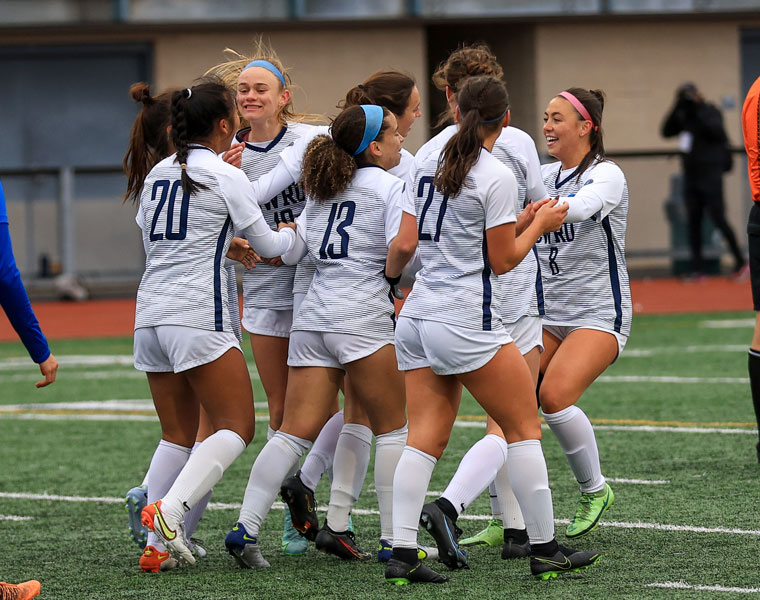 Down by two goals with just 32 minutes left in the quarterfinals of the 2022 NCAA Division III Women’s Soccer Championship, many teams would start to lose hope and fear their season was fading away. But not the No. 4-ranked Case Western Reserve University women’s soccer team.

Finding themselves in that very situation against No. 6-ranked William Smith College just over a week ago at DiSanto Field, the ever-resilient team’s positivity never wavered, as they patiently waited for their opportunity to strike.

It came on a goal by senior forward Helina VanBibber in the 57th minute. And that was just the beginning. The team went on to rally for a 4-2 victory, as VanBibber collected another goal and first-year midfielders Mackenzie Mueller and Jamie Goldfarb each scored once.

“The morale was high during the entire game,” said Head Coach Abby Richter, who is in her first year coaching at CWRU. “The team never stopped believing in themselves and our ability to get back into the game. After we scored the first goal, the belief kept growing.”

With the win, the team improved to 19-0-1 on the season and secured a place in the semifinals for the first time ever. The Spartans will face off against Virginia Wesleyan today (Dec. 2) at 4 p.m. at Kerr Stadium in Salem, Virginia.

The essence of teamwork

After making it to the third round of the tournament in 2021, the Case Western Reserve squad came into 2022 determined to pick up where they left off. They’ve done just that—and then some.

The secret to that success? It’s not really a question if you ask Richter and senior defender Liz White. It’s the strong relationships among the athletes and coaches.

“The team’s biggest strength is their culture and cohesiveness,” Richter said. “They are great teammates to each other and very supportive of each other. The team has put time and effort into building relationships and being there for each other when things are going good or bad.”

“All 39 people (and coaches and support staff) on this team genuinely want to be here and make the program better,” continued White. “We care about each other and enjoy spending time together on and off the field.”

Also key to their success? A solid core of leaders, including seniors, super-seniors and graduate transfers.

“Our focus the entire season has been on us,” Richter said.

Looking ahead to today’s game against Virginia Wesleyan, that focus has not shifted.

“We don’t take the success we’ve had for granted,” White said. “We’ve had a focus all season on taking things one day/game at a time to not get ahead of ourselves. We’ve really stuck to that while also taking time to recognize and celebrate our successes, because they haven’t come easy.”

Tune into the livestream of the game.