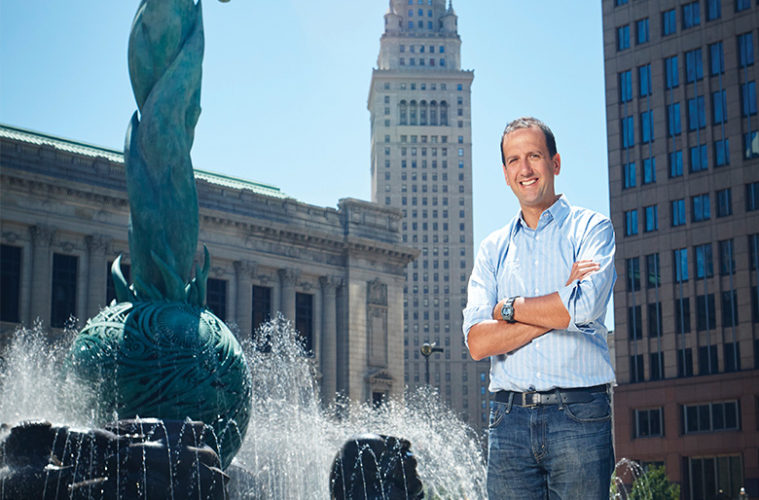 With grant from U.S. Embassy, Michael Goldberg to exchange ideas on entrepreneurship in Austria

In early June, the United States Embassy in Vienna will host Michael Goldberg, assistant professor of design and innovation at the Weatherhead School of Management at Case Western Reserve University, for a number of events aimed at a common priority of the business community in the two countries: how to hit the mark in encouraging local entrepreneurship, by drawing on examples outside of Silicon Valley.

Leading discussions at business incubators factory300 in Linz and the Talent Garden in Vienna, Goldberg—with an Austrian-American Partnership Fund Grant by the U.S. Embassy in Vienna—will join with entrepreneurial leaders from European ecosystems to share ideas on how to create and improve partnerships involving the three main veins of startup capital (government, philanthropy and the private sector) to support the founding and growth of small companies.

“Visits from international scholars like Professor Goldberg are a great opportunity to learn from each other and gain new perspectives,” said Rudolf Dömötör, head of the WU Entrepreneurship Center (WUEC), at the WU-Vienna University of Economics and Business, where Goldberg will also conduct a seminar for the institution’s faculty.

This is the second grant of its kind for Goldberg and follows on the heels of a 2016 Vienna stay that sparked collaborations with the Institute for Entrepreneurship and Innovation and the WUEC on how to boost advocacy and outcomes associated with their common cause.

In Linz and Vienna, Goldberg plans to localize a Cleveland-based entrepreneurial narrative that has become known worldwide: Cleveland–long regarded as a moribund city–has regained its stride thanks, in part, to entrepreneurs and businesses benefiting from a “massive intervention of government and donor resources in Northeast Ohio,” as described by his internationally popular massive open online course (MOOC), 2015’s Beyond Silicon Valley: Growing Entrepreneurship in Transitioning Economies.

On Coursera, for Case Western Reserve, the MOOC has attracted over 175,000 students from 190 countries; what followed was a book of the successes its participants credit to the course: 2018’s Beyond Silicon Valley: How One Online Course Helped Support Global Entrepreneurs.

Goldberg’s U.S. Embassy grant program—“Beyond Silicon Valley: Exchanging Ideas for Growing Entrepreneurship outside of Silicon Valley Between Austria and Cleveland, Ohio”—will be staged in conjunction with the Vienna University of Economics and Business and the Institute for Innovation Management at the Johannes Kepler University Linz.

This article was originally published May 28, 2019.