Considering potential changes to the tax code, interest rates and federal policy, the annual David A. Bowers Economic Forecast looks at the financial year ahead

One of the most significant influences on the future of the U.S. economy is still taking shape—or may not come to fruition at all—as legislation under discussion in Congress is poised to create the largest restructuring of the tax code in a generation. 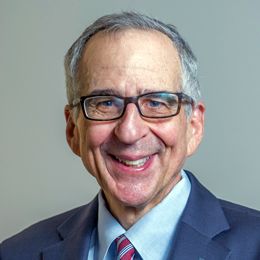 “This is not a good time for a tax cut,” said Mark Sniderman, who will discuss the issue as part of this year’s David A. Bowers Economic Forecast. He is an executive-in-residence and adjunct professor of economics at the Weatherhead School of Management at Case Western Reserve University, which has presented the event for more than 40 years.

“We’re near full employment and seeing solid growth, but also have a huge federal deficit that should not be made dramatically larger,” said Sniderman, former executive vice president and chief policy officer for the Federal Reserve Bank of Cleveland. “If anything, we should be collecting more revenue during this time of sustained growth.”

The annual event, set for Friday, Dec. 8, from 11 a.m. to 1 p.m. at the Renaissance Cleveland Hotel on Public Square, draws attendees from a range of industries, including banking and financial, manufacturing and engineering, and retail. Tickets are still available.

“An expert forecast is an important decision-making tool for businesses and governments as they formulate financial policy and strategy,” said Sniderman, who will include a review of the economy’s 2017 performance and grade his own predictions made at last year’s event.

The forecast will include remarks by Manoj Malhotra, dean of the Weatherhead School and the Albert J. Weatherhead III Professor of Management.

“Yoga on the Quad”