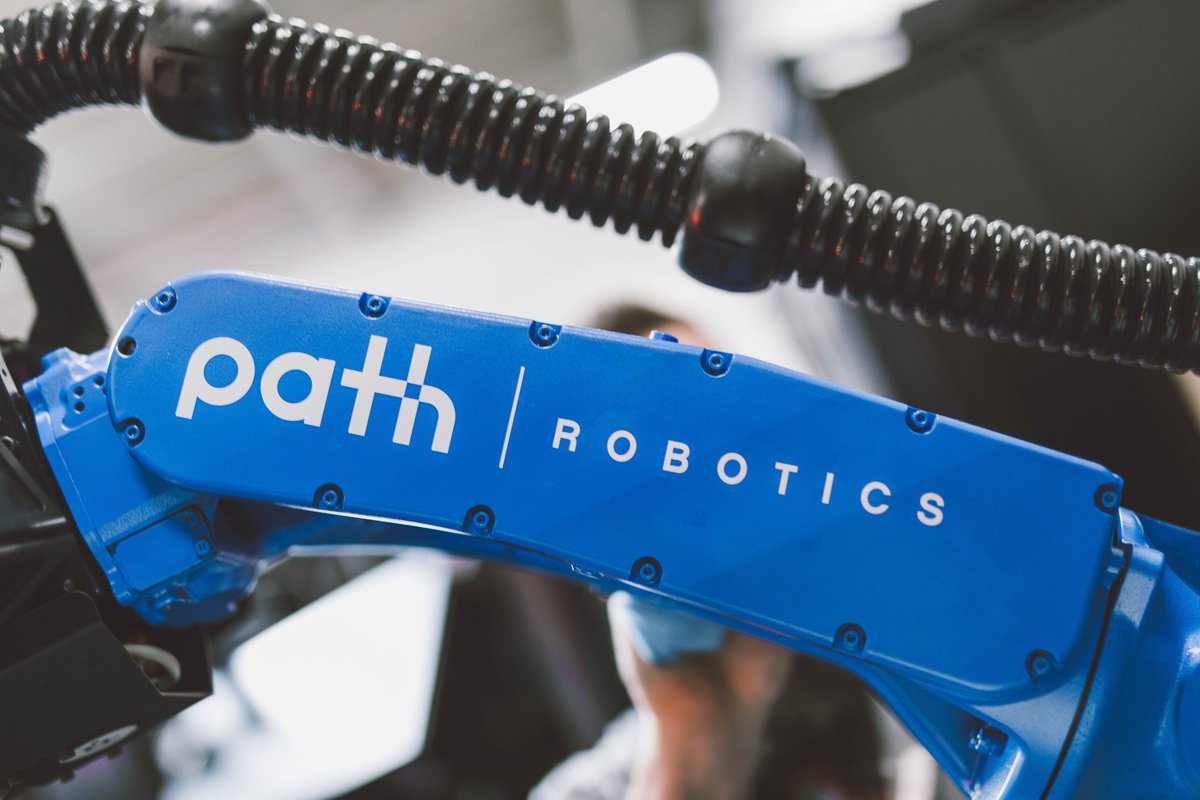 In the bustling entrepreneurial ecosystem of Case Western Reserve University, Alex and Andrew Lonsberry were one of the quieter startup teams. They tended to avoid the showcases and competitions, being busily at work on their robotic welder in Sears think[box].

But if they were largely anonymous as Case Western Reserve students, the Lonsberry brothers will be well-known for years to come. On Monday, May 3, they announced that their company, Path Robotics, had attracted $56 million in new investment, bringing the total invested in the young company to $71 million in less than three years.

That makes Path Robotics one of the most successful student startups ever to launch from Case Western Reserve.

“What they’re doing is well researched and brilliantly developed,” said Bob Sopko, director of the campus startup consultancy at CWRU LaunchNET, which counseled the brothers early on in their entrepreneurship journey. “It shows what we can do in Northeast Ohio—combining sophisticated software and manufacturing. It’s something which differentiates us from many locations, including Silicon Valley.”

As they applied robotics to mechanical systems, the brothers focused on welding, which faces a labor shortage. They also employed artificial intelligence to design a robot that learns on the job.

Path’s robotic welding system uses proprietary image processing techniques to find and weld seams. According to the company, the nimble robot is capable of operating automatically, with no prior knowledge of the part to be welded.

Alex Lonsberry said he and his brother see a technology that will enhance productivity in all kinds of manufacturing.

“The future of intelligent machines and manufacturing is being created at Path Robotics right now,” he said in a press release announcing the fresh investment. “We are delivering on the promise of what robots can become.”

“Most robots merely repeat what they are told and have no ability to improve themselves,” he said. “Our goal is to change this. The future of manufacturing hinges on highly capable robotics.”

They become fixtures at Sears think[box], the campus maker space and innovation center, where they designed and prototyped their machine. Sopko’s office was next door to their work space.

The brothers launched their company from Case Western Reserve in 2018, with Andrew as CEO and Alex as CTO.

Sopko coaxed them to enter the 2018 LaunchTown Entrepreneurship Awards in Akron, which drew student startup teams from around Northeast Ohio. They won first place and a $7,500 cash award. Attention and investor interest followed.

That winter, Drive Capital, a venture capital firm co-founded by former JobsOhio president Mark Kvamme, led a $12 million early-stage investment round and steered the company to Columbus, where it is now based.

Today, Path employs about 100, many of the them Case Western Reserve alumni like Surag Balajepalli, who joined as an intern in 2019 and is now a full-time robotics engineer. The staff also includes their dad, Ken Lonsberry, a former Parker-Hannifin engineer, who serves as chief procurement officer.

The latest infusion of cash, called a Series B funding round, is led by a New York City venture capital firm, Addition.

“Path Robotics is solving a complex and critical problem in our country by bridging the gap between the supply of skilled welders and demand,” Lee Fixer, the founder of Addition, said in the press release. “We look forward to supporting the company as it works to lead American manufacturing into the future.”

The brothers, meanwhile, contend they are not taking jobs from welders but rather automating out the more routine and repetitive tasks, freeing up skilled workers for more productive work.

Sopko agrees with that vision. “Their technology doesn’t really take jobs—it would actually create jobs,” he said. “These guys have a real market.”