During its last home game of the season, the Case Western Reserve University women’s soccer team welcomed its newest member on the field: Genesis “Gigi” Mossage, a 5-year-old from Cleveland who was diagnosed with neuroblastoma this year. 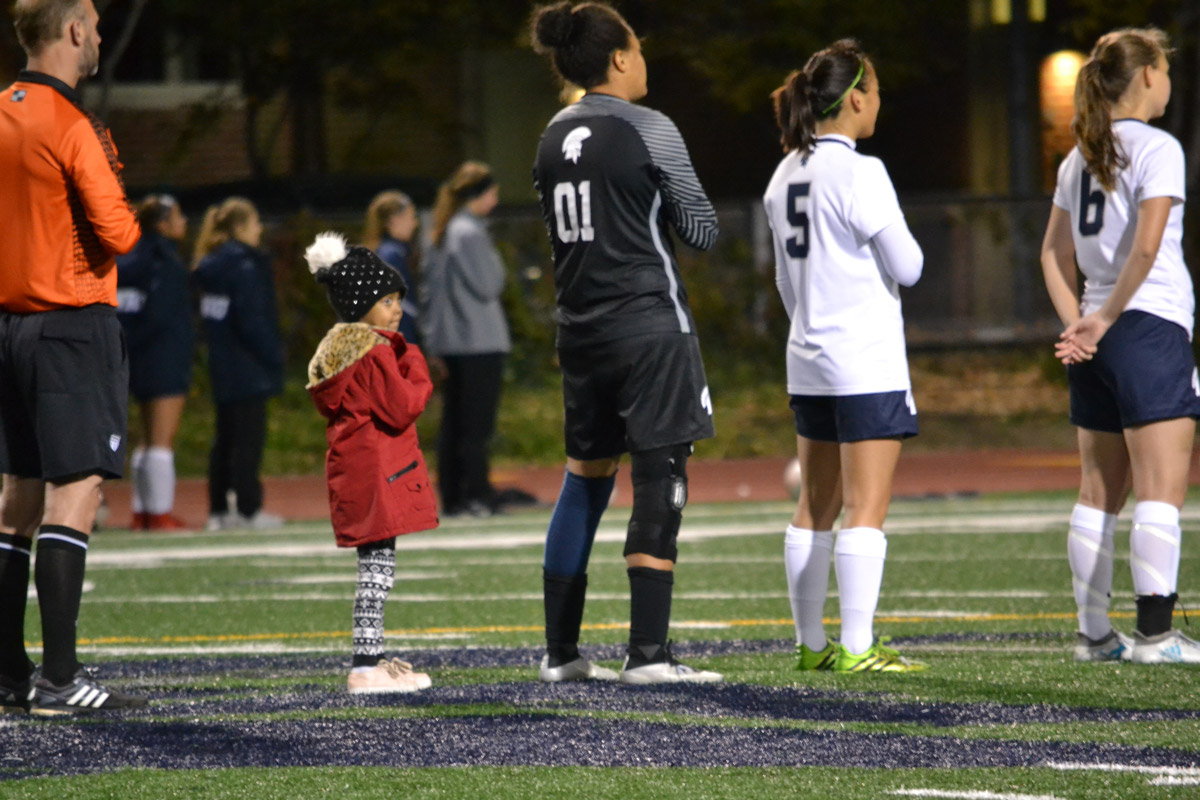 Genesis “Gigi” Mossage stands with the women’s soccer team at a recent game.

And earlier this week, Gigi officially joined the team on her “Draft Day” as part of the Team IMPACT program, which connects children ages 5-16 facing serious or chronic illnesses with college athletic teams.

When Crooks showed Gigi her new jersey, a smile spread across Gigi’s face.

Her parents joined her on stage, while numerous family members and the entire CWRU women’s soccer team filled the audience.

Crooks reflected on the attributes Gigi brings to the team, noting that she’s always willing to play and has a bright, positive attitude. 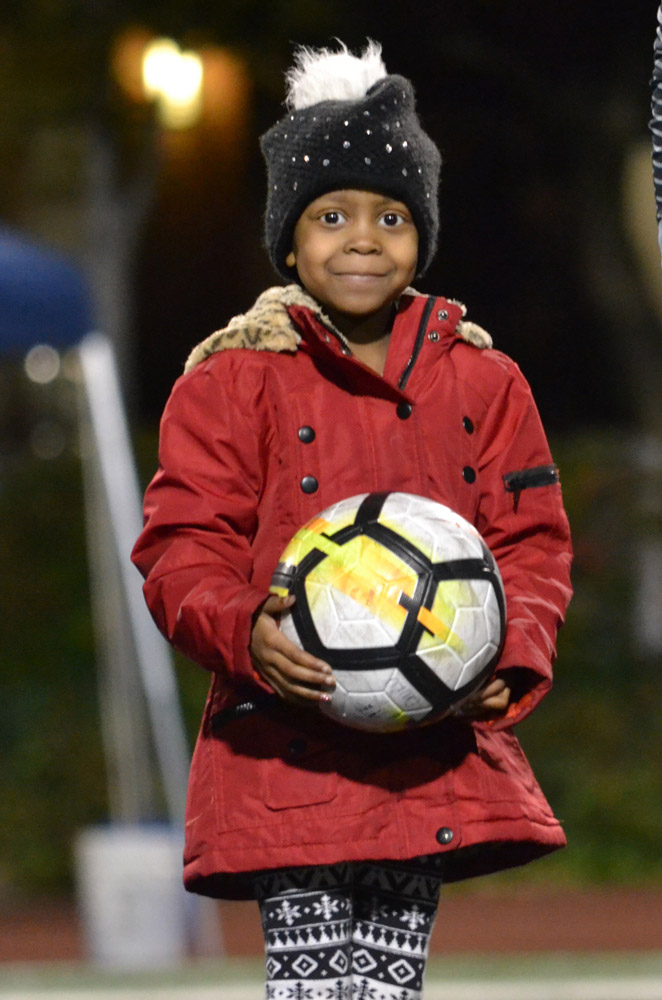 “I ask my coaches every day to recruit the best and brightest for their teams,” Backus said. “And I think they did an incredible job when they looked to recruit you for a member of our team.”

“She is always smiling, so she has been an invaluable addition to our team already, Crooks said. “We are so excited to make it official.”

As a teammate, Gigi will attend practices, games, team dinners and events.

DeCicco concluded the ceremony by stating: “Gigi, on behalf of the team, we are so excited to welcome you to our Spartan family and we cannot wait for all of the super fun memories to come.”

Watch Gigi’s excitement in a video of the full ceremony.

Since 2011, Team IMPACT has matched nearly 1,600 children with more than 500 colleges and universities in 48 states, reaching over 50,000 participating student-athletes. The child, according to Team IMPACT, joins the athletic team and the student-athletes join the child’s support team.

If you know a child who may be interested, visit goteamimpact.org for more information