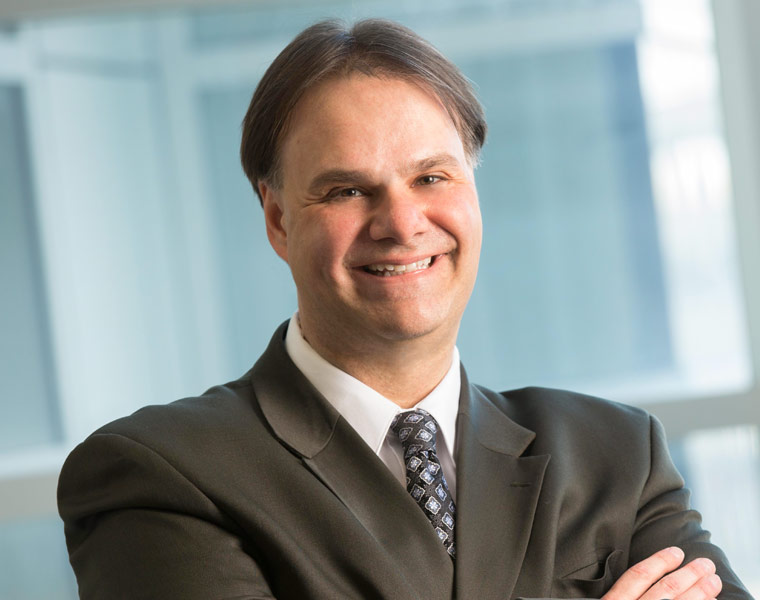 After 20 years in industry, Philip A. Cola pursued what he remembers as the “most difficult professional decision that I had to make in my life:” leaving his executive-level career in health care research to follow his passion to become a professor at his alma mater. Now Cola uses his teaching to help students achieve the same life-changing experience he did.

“Because he went through the same [Doctor of Business Administration]/PhD program as his students, Dr. Cola can understand the challenges of navigating the curriculum,” said Todd Dutkin, a student in the DBA program.

Cola’s passion and authenticity radiate through his teaching and are evident to his students. In fact, Dutkin said sitting in on one of Cola’s classes as a prospective student was one of the main reasons he chose Case Western Reserve University to pursue his doctoral degree.

“He was discussing the Toulmin model [of argumentation], and I was amazed how he took such a complicated philosophical topic and made it easily understandable,” Dutkin remembered. “It was an electric feeling of being around someone who knows their craft so well that they can make the complex look simple. I finished the day, came home, and applied to the DBA/PhD program immediately after.”

Cola’s enthusiasm for his students and his craft earned him the 2021 John S. Diekhoff Award for Distinguished Graduate Teaching, which he will receive during the university’s convocation program May 30.

From teaching business management to undergraduates and research methods to graduate students, to challenging seasoned physicians and scientists to use brain physiology related to leadership approaches as predictors of performance, Cola sees the potential to make a difference in every student’s life.

“He brings out the best in his students and elevates everyone around him,” Dutkin said. “Great teachers can make an outsized impact on the world around them. Dr. Cola has made such an impact on my life.”

Cola said he continues to learn and grow with his students.

“I only hope to continue the legacy and dedication of those that have received this prestigious award before me and over the past 45 years,” Cola said.

The Diekhoff Award honors John S. Diekhoff, a distinguished scholar, teacher, mentor and administrator who served Case Western Reserve in several capacities during his tenure from 1956 to 1970: professor of English, chair of the Department of English, dean of Cleveland College, acting dean of the School of Graduate Studies and vice provost of the university.