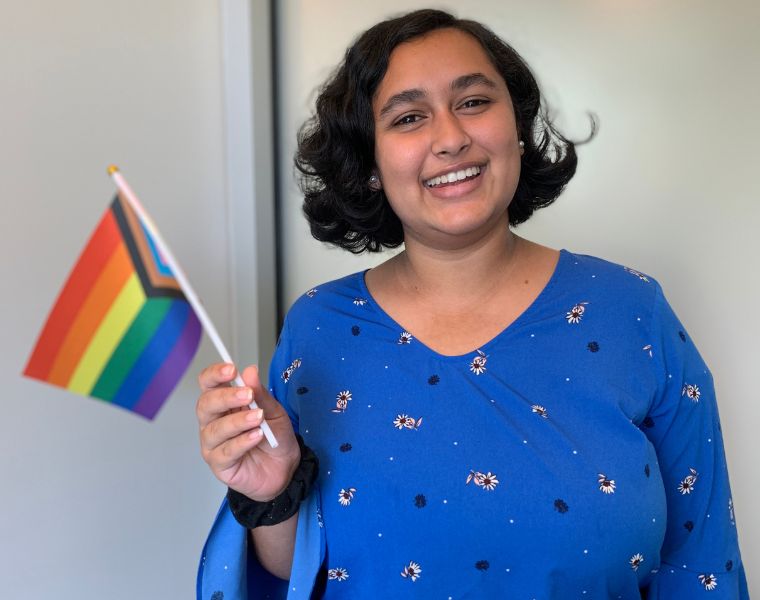 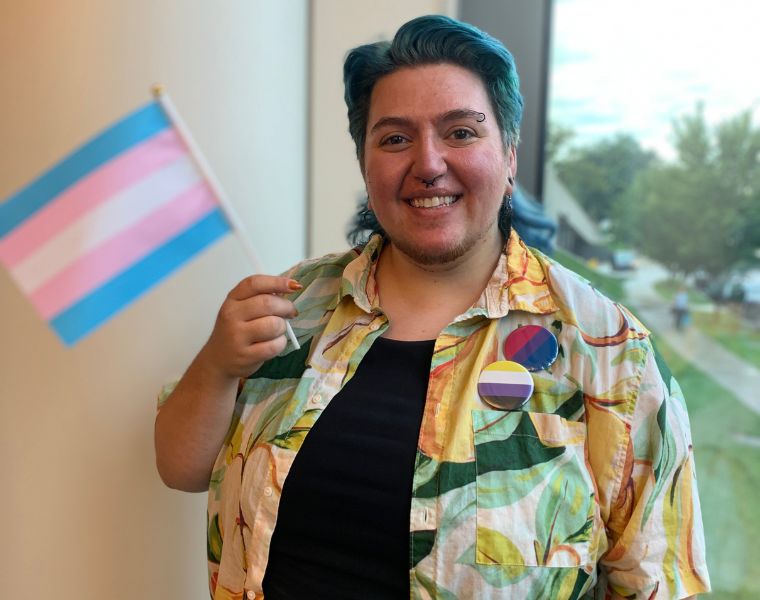 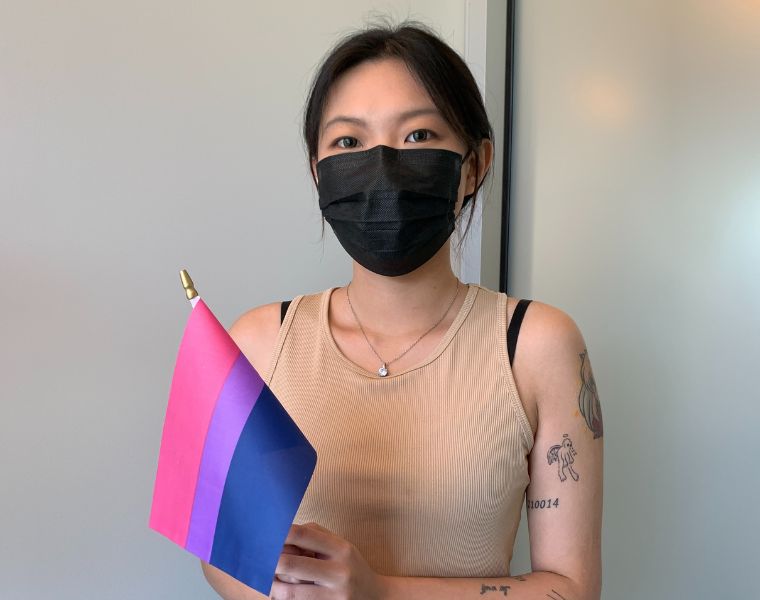 Since the late 1970s, the rainbow flag has been an international symbol of LGBTQ+ pride—but did you know that there are more than 50 different flags recognized by lesbian, gay, bisexual, transgender and other queer individuals, each with their own meaning? These flags can be found everywhere from pride parades to on display in Tinkham Veale University Center, but we may not always consider their historical context or cultural significance.

In recognition of October being LGBT History Month, a national observance of the history of lesbian, gay, bisexual, transgender and other queer communities and their impacts on society, The Daily dove in to learn more. We spoke with Mailey Lorio and Harry Hawkins, the assistant director and director of Case Western Reserve University’s Lesbian Gay Bisexual Transgender Center, to share the origins and symbolism of a handful of the more common pride flags.

Whether you’re a member of the LGBTQ+ community deciding on a flag for your next pride parade or a history buff wanting to add to your intellectual repertoire, read on to discover more.

History: Activist Gilbert Baker created the rainbow flag as a symbol of pride, diversity and unity for the LGBTQ+ community after he was commissioned by Harvey Milk, one of the first openly gay elected officials in the U.S. The rainbow flag first appeared at the 1978 San Francisco Gay Freedom Parade.

Color meanings: The initial rainbow flag had eight colors, including pink to represent sex, red for life, orange for healing, yellow for sunlight, green for nature, turquoise for art, indigo for harmony, and violet for spirit. Today, all of the original colors remain except for pink and turquoise.

Significance: Milk was assassinated in November of 1978, which led the rainbow flag to become a symbol of LGBT solidarity. The flag saw increased production and the pink and turquoise stripes were removed. Today, the six-striped version of the rainbow flag is recognized worldwide and serves as the base for other LGBTQ+ flags, such as the Progress Pride Flag.

History: In 2018, non-binary designer Daniel Quasar combined the rainbow flag with the Philadelphia pride and transgender flags to celebrate the diversity of the modern-day LGBTQ+ community while calling for a more inclusive society.

Color meanings: This flag uses the same colors (and meanings) as the six-striped rainbow flag with the addition of black and brown stripes, which represent LGBTQ+ people of color; and pink, white and baby blue stripes which represent transgender individuals.

Significance: This modern-day homage to Baker’s original design draws attention to the marginalization of LGBTQ+ people of color and trans people, as well as those who passed away from or are living with HIV/AIDS. A 2021 design of the progress Pride Flag showcases a purple circle within a yellow triangle–indicative of the intersex pride flag designed by Australian human rights advocate Morgan Carpenter to acknowledge individuals whose reproductive or sexual anatomy doesn’t fit typical definitions of male or female.

History: On Dec. 5, 1998, activist Michael Page showcased the bisexual pride flag as part of an effort to create an annual bisexuality visibility day. Page also created the flag to give the bisexual community a symbol comparable to the rainbow flag.

Significance: Beyond its goal to unite the bisexual community, this flag was created in response to the prejudice, marginalization and erasure of bisexual individuals in both straight and LGBT communities.

History: In 2010, designer Natalie McCray created the first modern-day lesbian pride flag—often referred to as the “Lipstick Lesbian Flag”—which consisted of various shades of pink and red, a white stripe and a red kiss print. While some embraced McCray’s initial design, many argued it excluded more masculine-expressing lesbians and perpetuated stereotypes of “lipstick lesbians”—those who display greater amounts of traditionally feminine attributes such as wearing makeup and dresses.

Significance: In 2018, blogger Emily Gwen recreated the flag, removing the kiss print and adding shades of orange to represent the togetherness of feminine and masculine expressing lesbians, as well as those who are trans or gender non-conforming.

Color meanings: In its current iteration, the shades of red and orange represent gender nonconformity, independence, and community; the white stripe represents a unique relationship to womanhood; and the shades of pink represent serenity and peace, love and sex, and femininity.

History: Monica Helms, a Navy veteran and transwoman, created the transgender pride flag in 1999. She later brought the flag to the 2000 Phoenix Pride parade, where many people showcased an interest in the design and its meaning. Today, the prototype is located at the Smithsonian National Museum of American History.

Significance: Helms purposefully chose the pattern so that the flag would look the same regardless of direction, noting that this was symbolic of transgender individuals trying to find correctness in their own lives.

History: Designer Kye Rowan created the non-binary pride flag in 2014 to represent non-binary people whose gender identities does not fit within traditional ideals. Rowan also made the flag for individuals who don’t feel represented by the genderqueer flag—created by writer and video artist Marilyn Roxie in 2010.

Significance: Altogether, the colors of this flag aim to include and depict the unique experiences of non-binary people. Not all people whose gender falls outside the gender binary are considered nonbinary, such as genderfluid, agender, or multigender people.

History: It is currently unknown who officially created the pansexual pride flag, yet it’s believed to have come from an online pansexual community in 2010. The flag focuses on attraction and highlights distinctions between pansexual and bisexual identities since there is often confusion between the two.