Wait, before you buy, do you really “own” that product?

Buy a book at the bookstore and you own it. You can take it home, scribble in the margins, put in on the shelf, lend it to a friend, sell it at a garage sale.

But is that true with e-books or other digital goods you buy? 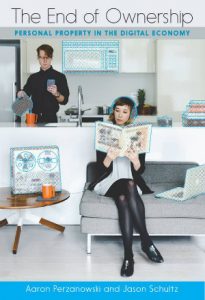 Retailers and copyright holders argue that you don’t own those purchases, you merely license them. That means your e-book vendor can delete the book from your device without warning or explanation—as Amazon deleted George Orwell’s 1984 from the Kindles of surprised readers several years ago.

These readers thought they owned their copies of 1984. Until, it turned out, they didn’t.

In the new book The End of Ownership: Personal Property in the Digital Economy (The MIT Press, 2016), co-authors Aaron Perzanowski and Jason Schultz explore how notions of ownership have shifted in the digital marketplace, and make an argument for the benefits of personal property.

“We’re experiencing a transition from a market defined by the transfer of physical goods from person to person, to one defined by the transfer of information,” said Perzanowski, a Case Western Reserve University School of Law professor. “Because of that shift, we have this notion of how personal property ownership plays out differently in this new environment. It’s not just our phones and laptops; it can be our cars and our kitchen appliances.” 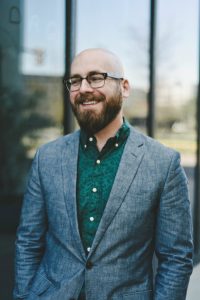 Starting in the 1980s, software companies began routinely attaching end-user license agreements to their programs without much pushback. Perzanowski said few people bother to read such agreements, but there is one consistent message in nearly all of them: Software isn’t sold to you; it is merely licensed. In the 1990s and early 2000s, Digital Rights Management technology began allowing device-makers to enforce restrictions through code.

Of course, e-books, cloud storage, streaming and other digital goods offer users convenience and flexibility. But, Perzanowski and Schultz warn, consumers should be aware of the tradeoffs involving user constraints, permanence and privacy—like the Amazon example with 1984.

The End of Ownership cites other examples:

“In other words,” Perzanowski said, “John Deere owns your tractor, but they are kind enough to let you drive it.”

The rights of private property are clear, but few people manage to read their end-user agreements. Perzanowski, who specializes in intellectual property, telecommunications and innovation, and Schultz, a professor of clinical law at New York University and director of NYU’s Technology Law & Policy Clinic, argue that introducing aspects of private property and ownership into the digital marketplace would offer both legal and economic benefits.

“It would affirm our sense of self-direction and autonomy,” Perzanowski said. “If we own our purchases, we are free to make whatever lawful use of them we please. Technology need not constrain our freedom; it can also empower us.”

This article was originally published Dec. 5.