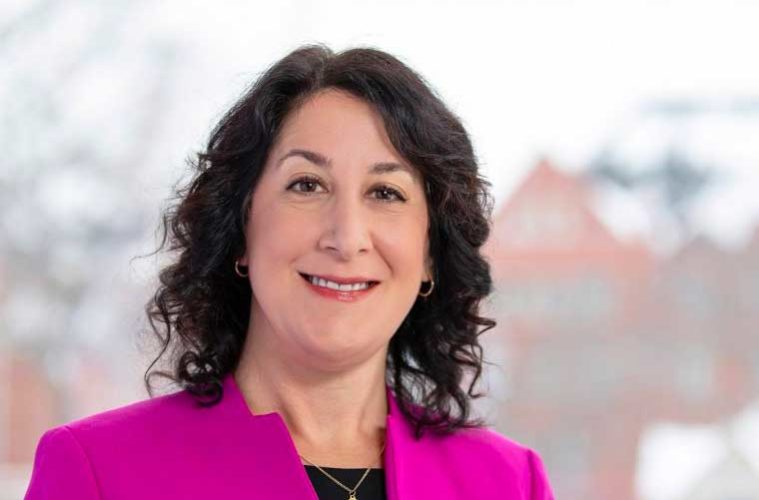 “Dr. Rivera has distinguished herself through her work as an ethicist; her record of advancing the values of service, internationalism, and multiculturalism that define our institution; and her accomplishments as a senior leader in academia,” said Jerry Crawford, a 1971 graduate of Macalester. “Her depth of knowledge and strategic thinking, as well as her ability to inspire, will serve the Macalester community well as we look to the opportunities and challenges of the future. We look forward to welcoming Dr. Rivera to Macalester.”

Macalester, in St. Paul, Minnesota, is a private liberal arts college that as part of its mission emphasizes international engagement and service to society. Its students come from every state and 98 countries and study majors ranging from Community and Global Health and Human Rights and Humanitarianism to Critical Theory and Data Science. Alumni include United Nations Secretary-General Kofi Annan, Vice President Walter Mondale, and bestselling authors such as Mary Karr and Tim O’Brien.

“I was attracted to this opportunity because of Macalester’s special emphasis on internationalism, multiculturalism, and service to society,” said Rivera, who came to Case Western Reserve in 2011. “Although it will be hard to leave CWRU, I’m looking forward to applying all I have learned here about supporting students, faculty, and staff to work together across disciplinary lines to solve some of the world’s most challenging problems.”

As the university’s vice president for research and technology management since 2014, Rivera is responsible for a research enterprise that that received $331 million for competitive sponsored projects during the 2019 Fiscal Year ending June 30. In the role, she oversees research policy, sponsored projects (pre- and post-award), technology commercialization, scientific integrity, regulatory compliance, and training in the responsible conduct of research.

Prior to becoming VP, Rivera served as the university’s associate vice president for research, during which she led the selection and implementation of Sparta (Sponsored Programs Application for Research Tracking and Administration), a system designed to ease the proposal submission process and improve timely management of extensions and renewals.

A research administrator in higher education for more than two decades, Rivera also is active nationally in research policy. She is the vice president of the Board of Public Responsibility in Medicine & Research and serves as a board member on the Council on Governmental Relations. Previously, she served as an appointed member of the Environmental Protection Agency’s Human Studies Review Board and the U.S. Secretary of Health and Human Services’ Advisory Committee on Human Research Protections.

Rivera earned a doctorate in public affairs from the University of Texas at Dallas, where her dissertation focused on social inequality in biomedical research. At Case Western Reserve, she is an associate professor of bioethics, where she teaches undergraduate and graduate students, including in several study abroad courses examining bioethics from a cross-cultural perspective.

“Sue has been an exceptional member of our leadership team, contributing valuable knowledge and insights not only about research, but also about higher education’s broader challenges and opportunities,” Provost Ben Vinson III said. “While she certainly will be missed, I am delighted that she will become Macalester’s president and look forward to seeing all that she accomplishes in that community.”

Rivera also is active in social justice and equity initiatives. She is founder and the executive sponsor of Alianza Latina/Latino Alliance, the university’s affinity group for Hispanic/Latinx faculty and staff, and serves as an advisor for its Women in Science and Engineering Roundtable. In addition, Rivera is member of the Association of American Universities’ Task Force on Strategies for Reducing Sexual Harassment and Gender Discrimination and is a fellow of the Hispanic Association of Colleges and Universities’ Academia de Liderazgo.

Rivera earned her undergraduate degree from Brown University, and a Master of Social Welfare degree from the University of California at Berkeley. She is married to her college sweetheart, Michael Householder, a scholar of early American literature who is an associate director of SAGES and assistant dean in the College of Arts and Sciences. They have two grown children, Antonio and Elena.