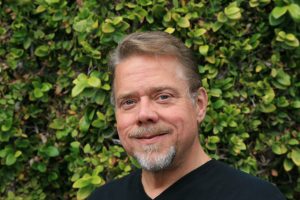 Gregory “Greg” Graham was so admired by his distance-learning students that, invariably, when he was introduced the first time they gathered on campus, they’d erupt in applause.

Graham’s dedication to teaching was so great, colleagues, at the Frances Payne Bolton School of Nursing said, that he even made often-dreaded subjects appeal. Through his wit, patience and dedication, for example, he made statistics his students’ favorite course.

Graham, 51, died early Monday at his home in Euclid after battling a long-term illness. He is survived by his wife, Dawn Miller.

Visitation hours are from 4 to 8 p.m., today (Thursday, Aug. 11) at the Fortuna Funeral Home in Independence. On Friday, prayers start at 10:15 a.m., at the funeral home, followed by 11 a.m. burial mass at St. Basil the Great Church in Brecksville.

Nursing school faculty and staff held a moment of silence on Monday for Graham, who was remembered for being as comfortable offering encouragement to colleagues as he was helping his students crunch numbers.

“When he asked ‘How are you?’ he meant it; it wasn’t just polite conversation,” said Liz Madigan, the Independence Foundation Professor at the nursing school. “He put you at ease enough to let him know when you were having a bad day. He’d give you a genuine pep talk.”

Graham did the same for his students. He was known for helping relieve the stresses of his graduate students—in part because he could relate: In 2006, Graham graduated with a master’s in sociology from Case Western Reserve. He was in the final stages of writing his doctoral dissertation when he passed away.

“Just last week Greg told me, ‘You could search your whole life for your dream job, and here it was for me at the nursing school,’” Chris Burant, an assistant professor at the nursing school and Graham’s friend for more than 30 years. “He loved being in a position to help people.”

And, throughout his illness, Graham was unending in his commitment to students—

“For many students, he became a lifelong mentor,” Burant said. “Years later, they’d contact him for help. He developed a following.”

As dedicated as Graham was in helping his DNP students with their research, he also conducted his own—across disciplines, on an array of topics—including studies on hospice caregivers, health-care disparities and about how some newborns face health risks when their mothers have difficulty finding private spaces to breastfeed.

In 2013, his research in gerontology earned the Marie Haug Award for Gerontological Studies from the Case Western Reserve University Center on Aging and Health.

A collector of watches, Graham was constantly on the move, guest lecturing at other universities, serving on committees and chairing the academic integrity panel the nursing school. He created a popular SAGES class, teaching “The Second Amendment and Society: The Role of the Gun” for the past three years.

A lover of water and oceans (and Jimmy Buffett), Graham would often take evening walks to Lake Erie—the shore just a few hundred yards from his front door—as he did on Sunday night.

Throughout his life, Graham showered praise on the doctors and medical staff who helped him through setbacks and to remain ever active.

“He appreciated life so much, it made other people appreciate what they have,” Burant said. “His students adored him—everyone who knew him adored him.”