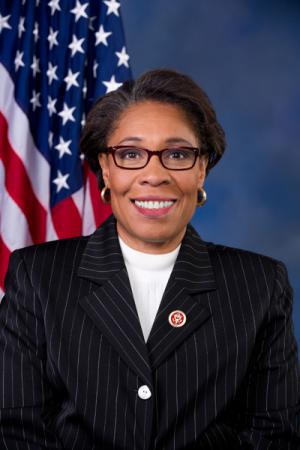 Fudge’s address, “Seizing Opportunity: Public Service and Beyond,” will involve such themes as being prepared to forge ahead when unexpected opportunities arise and the value of public service in contributing to personal development and building a stronger nation and communities.

The Louis Stokes Symposium is a public forum honoring dedication to leadership in public service and civic engagement as exemplified by former U.S. Congressman Louis Stokes. The symposium features an individual in the public arena leading thought-provoking discussion about the continuing importance and value of public leadership in the 21st century with members of the Greater Cleveland community, the campus community and others.

Fudge draws from her experience as former mayor of Warrensville Heights, for which she was the first African-American and the first female mayor of that city.

Fudge became a Congresswoman in a special 2008 election to fill the seat of the late U.S. Rep. Stephanie Tubbs Jones. She is serving her third consecutive term, representing Ohio’s 11th District, comprising 32 municipalities in Cuyahoga and Summit counties.

In Congress, Fudge is known as an advocate to reduce childhood obesity and the hunger problem through her work on the Agriculture Committee, and for education and jobs through the Education and the Workforce Committee.

In 2012, she was unanimously elected and honored by her peers to become the chair of the Congressional Black Caucus during the 113th Congress.