This year, two Case Western Reserve University School of Medicine students were named Fulbright Scholars, in recognition of their innovative research ideas and passion for making a difference abroad. Max Feinstein, a rising third-year student and bioethics master’s candidate, and Jacob Christ, a rising fourth-year student pursuing obstetrics and gynecology, will conduct research in Colombia and the Netherlands, respectively.

The Fulbright Program—founded in 1946 by U.S. Sen. J. William Fulbright—provides teaching and/or research grants to exceptional students, scholars, professionals, scientists and artists hoping to continue their pursuits outside of the United States. The competitive program supports members from varying areas of the academic community. 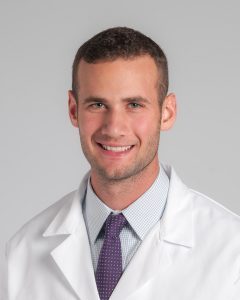 Becoming a Fulbright Scholar will give Case Western Reserve University medical student Jacob Christ a new perspective on research—and the world. His interest in OB/GYN practice and research has guided the majority of his academic pursuits and will continue to be the focus of his work during his time in Utrecht, Netherlands.

The Netherlands provides a unique environment for researchers interested in OB/GYN, Christ said, citing differences in treatment, research and the culture surrounding infertility.

“The Netherlands has a very different outlook on infertility treatments than the U.S.,” he said. “IVF [in vitro fertilization] is covered by insurance in this country, and generally the public perception of infertility treatments is more accepting. I look forward to seeing how culture variations impact the work of the physicians there.”

Christ hopes to bring his newfound perspectives in reproductive endocrinology and infertility back to the United States at the end of the program. Specifically, Christ wants to improve the medical community’s understanding of polycystic ovary syndrome (PCOS), a hormonal disorder that can cause infertility, ovarian cysts and other serious problems such as heart disease and diabetes.

His work concerning PCOS began at Cornell University, where Christ studied under Marla Lujan. He has continued his research at Case Western Reserve and Cleveland Clinic, and worked within the reproductive endocrinology and infertility department at Cleveland Clinic Foundation with Tommaso Falcone.

As he prepares to leave this summer for his year in Utrecht, Christ is eager to spend time with local physicians.

“I’m very much excited to learn from the clinicians at University Medical Center Utrecht and see how their practices vary from the U.S.,” he said. “I hope to join my preceptor as well as other physicians at the hospital in the operating room to learn from their expertise. I also am looking forward to exploring Utrecht. I have heard amazing things about the city and look forward to spending time there.” 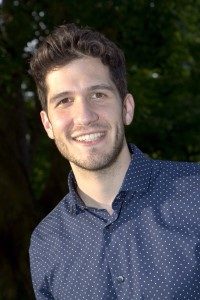 The present crisis involving the Zika virus, a disease associated with birth defects in children with infected mothers, is a reminder of the medical challenges U.S. citizens often are fortunate enough to avoid.

A Spanish speaker and avid researcher, Feinstein hopes to improve the country’s infectious disease treatments and learn from native patients and scientists—pursuits he would not have the opportunity to engage in without a Fulbright Scholarship. He attributes much of his success to the mentorship of Fredrico Perez, assistant professor of medicine, who introduced him to the Fulbright Scholarship program.

Feinstein, a student in the concurrent MD/MA in bioethics track, hopes to specialize in internal medicine with the goal of sub-specializing in infectious diseases such as Zika.

Feinstein’s research focuses on whether or not faster antibiotic-resistant infectious disease diagnostic techniques would provide a feasible and cost-effective solution to diagnostic issues Colombia faces. Today, an infectious disease diagnosis takes around three to five days; Feinstein hopes to work to help shorten that period, improving life expectancy and allowing staff to provide appropriate, comprehensive care in a timely manner.

Feinstein eagerly shares what drives his research. “It’s become really clear to me that infectious diseases represent a big health problem in Colombia,” he said. “That has been a really big motivating factor for me.”

This will not be his first time conducting research in Colombia, however. Feinstein spent time there in the several years between his undergraduate experience and medical school—and he immediately gained an appreciation for the culture.

“I love Colombian food. It’s so delicious. Their soups are out of this world,” he said. “And, just generally speaking, the people in Colombia are so nice. They’re so warm.”

He sees himself visiting frequently in the future, despite wanting to do his residency and permanently live in the U.S. Ultimately, he hopes his work will “play a role in what Colombian hospitals plan to do in the future.”