The ACLS, a nonprofit federation of 72 scholarly organizations, is the leading private institution supporting scholars in the humanities. As fellows, Gertsman and Goldmark will receive stipends to devote six to 12 months on projects that aim to advance research in the humanities. 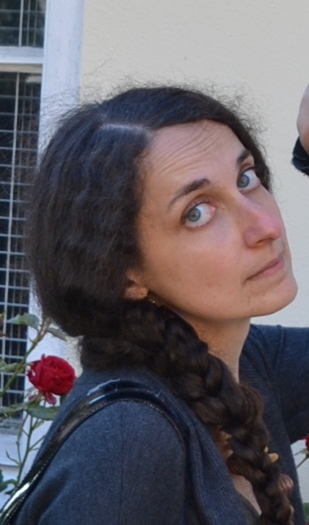 Gertsman, a medieval art historian, will conduct research in Europe for work on her book-in-progress, Figuring Absence: Empty Spaces in Late Medieval Art. She will work in archives, libraries, churches and museums across France, England, Germany, Denmark and Sweden.

“The inspiration for the book came when I was writing an article on death and violence,” she said.

In the article, Gertsman discussed an image that featured a prominent empty space between the protagonists. The image sparked her realization that empty space can often kindle one’s imagination more than explicit images of violence, she said.

The experience prompted her to search for empty spaces and, in turn, led her to consider the notion of horror vacui—a fear of empty space. Art historians often think of the concept as one of the definitive features of later medieval art, she said; her book strives to challenge this notion.

The fellowship runs concurrently with Gertsman’s year-long sabbatical in 2016, which starts in January.

After completing the research, she will return to write the book, her third monograph, slated to be completed by the end of 2016. Her second monograph, Worlds Within: Opening the Medieval Shrine Madonna, was published this month by Penn State Press. 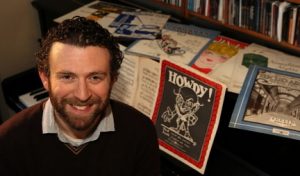 To Goldmark, director of Case Western Reserve’s Center for Popular Music Studies, the fellowship will allow to give his undivided attention to writing.

The time will allow him to work on a project 20 years in the making: “Musical Stereotyping American Jewry in Early Twentieth-Century Mass Media” seeks to build on a discovery he made in the 1990s while working on his dissertation at the University of California, Los Angeles.

While studying animated cartoon music, Goldmark realized particular styles of music were used to introduce characters of certain backgrounds, including races and ethnicities. The practice wasn’t new to Goldmark, but he was particularly curious why only one song was usually used when a Jewish character appeared.

“The tune keeps coming back,” he said. “I want to trace its path.”

The ACLS Fellowship will allow him an entire semester and summer to focus on the Yiddish tune widely used in mass media since its creation in the late 19th century.

Goldmark will use sheet music and very early recordings to study music used to characterize and depict Jews—an effort that draws on his main research interest in determining how society articulates what music means.