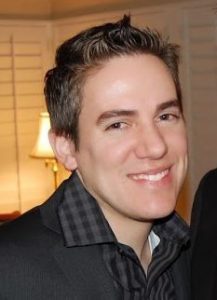 A dentist’s uncomfortable reaction upon learning a patient is transgender creates a barrier that prevents some patients from returning, according to a new study that examined how members of the lesbian, gay, bisexual and transgender (LGBT) community perceive their dental care.

As a result, only 10 percent of transgender participants report visiting the dentist regularly, according to a Case Western Reserve University public health survey of Cleveland’s LGBT community about its dental experiences.

Learning how strongly transgendered participants felt discriminated in the dental offices surprised William Jacobson, the first dual-degree student in dental medicine and public health (DMD-MPH) and in his final year at the university’s School of Dental Medicine.

Jacobson presented his findings at the 32nd annual conference of the Gay and Lesbian Medical Association (GLMA): Health Professionals Advancing LGBT Equality in Baltimore and the American Association of Public Health Dentistry in Fort Worth, Texas. He will also present at the American Public Health Association Conference in New Orleans later this year. His research received support from the Health Resources and Services Administration and CWRU dental and medical schools.

The research was conducted for Jacobson’s master of public health degree, which he earned in January. He is scheduled to complete his doctor of dental medicine degree in May 2015.

The LGBT community comprises about 3.5 percent of the United States population, with 0.3 percent identifying as transgender, he said.

Despite the reluctance of transgender people to see the dentist, Cleveland’s LGBT community generally visited the dentist more often than the general population (65 percent vs. 62 percent).

Jacobson attributes the higher percentage of people visiting dentists to Cleveland’s strong health-care sector, which offers accessibility to care. And senior participants in the study reported better attention to their dental care than younger participants.

While most sought care from private dentists, finances were the main reason why others did not.

Survey respondents said they wanted dentists to be more supportive of the LGBT community by understanding and treating them fairly and judgment-free.

The participants also wanted dental care incorporated into places like the MetroHealth System’s Pride Clinic—one of 14 hospitals, clinics and Federally Qualified Health Centers nationally dedicated to the health needs of LGBT patients. Only seven of them offer dental services.