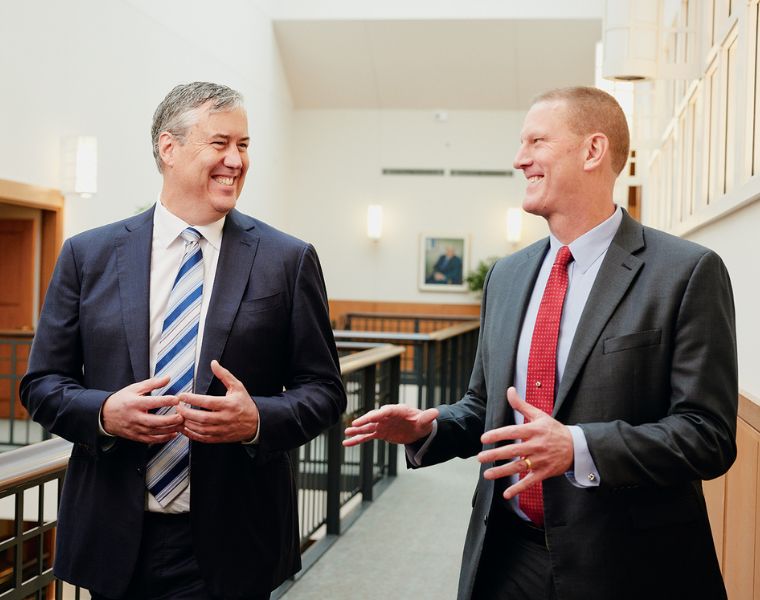 This article appeared in the fall/winter 2022 issue of Think magazine. Over the next few weeks, The Daily will share some of the stories from the magazine’s latest issue. Read more at case.edu/think.

Michael Oakes and Dean Tufts grew up together in a small town in western Massachusetts. They rode bikes to each other’s houses, played Little League Baseball and had sleepovers—typical fifth- and sixth-grade stuff. After graduating from Longmeadow High School in 1985, though, they lost touch—other than a brief hello at their 20-year reunion.

Now, more than 35 years after graduating from high school, they’re together on the Case Western Reserve campus—Oakes as the university’s inaugural senior vice president for research and technology management, and Tufts as vice president for campus planning and facilities management.

Find out how their paths led them both to leadership positions at CWRU.