Forget sporting events or rock concerts; the hottest ticket in town is to the fourth annual TEDxCLE event, taking place today at the Cleveland Museum of Art. This year’s event sold out in just 24 minutes, as people clamored for a chance to hear from some of the region’s brightest minds, including members of the Case Western Reserve University community.

Event founders Hallie Bram Kogelschatz and Eric Kogelschatz selected presenters from a pool of thousands of nominees. TEDxCLE is an independently organized TED event in which speakers and community members combine to bring Cleveland’s “innovation, development and positive change to the world,” according to the event’s website, TEDxCLE.com. The theme of this year’s event is “Bonfire//Ignite,” with its presenters focusing on how collaboration can help move the area forward. 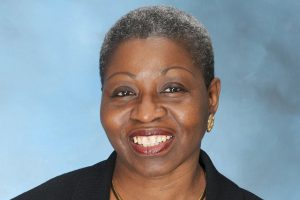 Mobley’s talk, titled “The Diversity Paradox,” will explore diversity as it applies to the city of Cleveland and the broader world. She will discuss the challenges that exist to achieving progress, using personal and professional experiences as examples.

Mobley’s experiences in higher education include founding the interdisciplinary academic program in African American Studies at George Mason University and serving as provost at Bennett College for Women. In 2009 she returned to Cleveland after more than 20 years to become the university’s first vice president for inclusion, diversity and equal opportunity.

“Part of the excitement of returning to CWRU—I’m an alum who earned my PhD in English—has been discovering all the efforts and collaborations to advance diversity here on campus and around the city,” said Mobley, also a professor of English who is a Toni Morrison scholar. “I am honored to participate in this forum because it provides an opportunity for dialogue on inclusive excellence between higher education and the broader community.”

Lee, who specializes in the design of organizations and systems, will lead the talk “Master Builders for the 21st Century.” 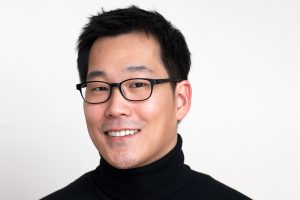 “There is a lot of conversation right now about the differences between ‘design’ and ‘design thinking,’” Lee said regarding his talk. “At one time in the past, there was no such distinction and both capabilities were taught, learned and practiced together.”

Through his talk, Lee plans to explain the difference between the two, using examples from his own life. Lee will discuss his personal development and growth as a non-traditional designer, having worked as an interaction and service designer at IDEO, frog and Marriott International. His projects so far have included everything from using mobile technology and home-testing kits to address the HIV/AIDS epidemic in South Africa to managing Marriott’s first user-experience-driven ethnographic research initiative. As an instructor at the Weatherhead School of Management, Lee looks for connections in the way innovation is theorized, practiced and produced in courses such as “Identifying Design Opportunities” and “Information, Technology and Systems.”

Finally, Ros will co-lead the talk “Innovation in Medical Imaging: How You Make Two Bears Dance” with Dominic Smith, vice president and general manager of computer tomography at Philips Healthcare. 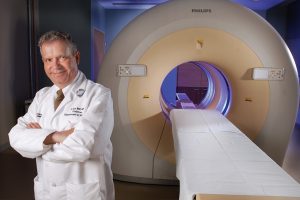 Ros has published more than 300 articles and 18 textbooks mostly related to abdominal and oncologic imaging. In 2010, the university received a $38 million grant from Philips Healthcare and Third Frontier to establish the Global Imaging Innovation Center, housed at University Hospitals Case Medical Center.

Though tickets for this year’s event sold out faster than ever before, TEDxCLE talks will be available online.