The five-year grants support research into:

The research projects also include education, mentorship and outreach to graduate, undergraduate and K-12 students. 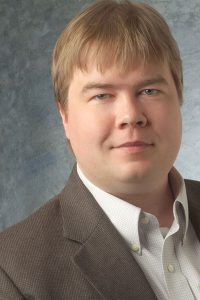 Michael Hore, assistant professor of macromolecular science and engineering, received a $500,000 CAREER award to unravel how nanoparticles move through a tight pore—a process known as translocation.

Plant viruses spread to cells through translocation processes, leading to crop failure and starvation. Hore’s lab will combine theory, computer simulations and experiments into a study focused on a virus mimic—nanoparticles with polymers attached to the surface.

“If we can understand how these nanoparticles move through pores, it may provide a way to fight plant infections,” Hore said. “It would also enable us to purify water by designing a membrane to preferentially filter out particles, such as a virus, that we don’t want.”

His lab will test whether strength of confinement in the pore, particle elasticity and structure and unique properties yielded by the surface polymers allow the material to pass through the pore in response to weak stimulation, mimicking the natural system. 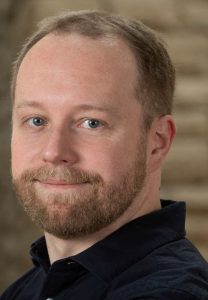 Healthy cells have their own version of Chinese finger traps, called catch-bonding. These bonds are formed by protein molecules at the cell surface, and the greater the force pulling them apart, the longer the bond between them lasts.

“The heart of this project is to figure out how catch-bonding occurs in a variety of protein systems in very different biological contexts,” he said. “Can all these systems be described by similar mechanisms?”

Catch bonds have been found in proteins that recruit white blood cells from a rushing blood stream, as well as at the junctions between neighboring cells in tissues, Hinczewski explained. The mechanical forces which naturally occur in these cases, due to the fluid flow or the tension in the tissue, change the protein shape, increasing the bond lifetime.

“Researchers are just beginning to explore in depth how force regulates adhesion between cells and its potential implications for the human immune system and diseases like cancer,” he said.

Hinczewski’s lab will use feedback between theory and data to develop mathematical and structural models, elucidating these counter-intuitive protein finger traps. 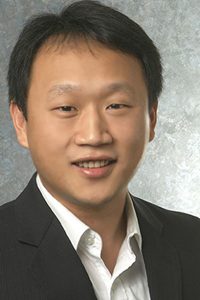 “Additive manufacturing provides a good way to produce complex metal components, but the bad news is they are of low strength and have poor fatigue performance,” said Bo Li, assistant professor of mechanical and aerospace engineering.

Li has received a $500,000 award to develop computational tools to understand what’s going wrong and enable manufacturers to run thousands of simulations at one time. They hope to be able to predict quantitatively what combinations of metals, manufacturing parameters and more will lead to the optimal product.

For metals, additive manufacturing, also called 3-D printing, typically uses a laser or electronic beam that melts powdered metals on a bed into the shape of the desired part. Li theorizes that the powder quality, temperature generated, speed and pathways at which the laser or electronic beam is drawn across the powder and other melt-pool dynamics cause defects in the microstructure of printed metals and determine the material’s properties and performance.

As Li’s lab develops analytical tools and numerical simulations addressing the multiple conditions and physics at play, experimentalists will help validate the computational framework by making parts and comparing their microstructure and performance with the errors and performance predicted by computer.