Thanks to access granted by the Cuyahoga County Prosecutor’s Office, Case Western Reserve’s researchers are studying data from Northeast Ohio’s nearly 5,000 unsubmitted rape kits, an effort that so far has resulted in the indictment of 520 defendants and 211 convictions.

The findings show that serial sexual offenders are more common than previously thought. The researchers conservatively estimate that 25 percent of rapists go on to commit another reported sexual assault, crimes that could be prevented if each rape kit is tested in a timely manner and leads to a conviction. 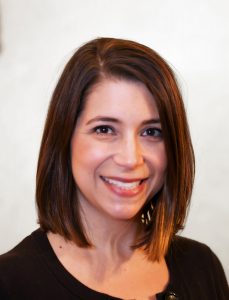 While testing each rape kits costs $950, a sexual assault costs victims, on average, more than $200,000 in pain and suffering, earnings lost to injury, medical expenditures and decreased quality of life.

“The cost of testing rape kits pales in comparison to the costs to victims and society,” said Rachel Lovell, a senior research associate at the Begun Center for Violence Prevention Research and Education at Case Western Reserve. “If testing rape kits doesn’t appeal to one’s better nature of providing justice for victims and a safer community for all, we can also show that these efforts can improve the bottom line.”

When estimated costs of testing and investigating Cuyahoga County’s kits—$9.6 million—are compared to savings to would-be victims, researchers project a net savings of $38.7 million to the Northeast Ohio community, in addition to an estimated 1,290 indictments and 947 convictions.

Cuyahoga County’s testing of backlogged kits—among the largest projects of its kind in the United States—can become a national model, researchers say, showing law enforcement across the country the benefits of launching similar efforts to test backlogged rape kits.

“With a limited supply of public dollars and competition between worthy causes, we want to inform decision-makers by showing the tremendous return on investment,” said Mendel Singer, an associate professor at the Case Western Reserve School of Medicine and co-author of the research.

Of Cuyahoga County’s indictments from these cases that are not dismissed, researchers estimate a conviction rate of 90 percent.

Overall, costs to the more than 4,000 victims associated with the untested kits is $885.8 million, a figure based on previously published research on the cost of sexual assault to victims.

“Besides the victim’s pain and torment, criminals impose significant financial costs on both their victim and the wider community,” said Cuyahoga County Prosecutor Timothy J. McGinty. “CWRU’s research proves that following the evidence in these rape kits takes these dangerous criminals off the streets. That not only prevents them from raping new victims, it saves taxpayers tens of millions of dollars.”

In 2015, the Cuyahoga County Prosecutor’s Office partnered with researchers from the Begun Center for Violence Prevention Research and Education at Case Western Reserve’s Jack, Joseph and Morton Mandel School of Applied Social Sciences, and gave them unprecedented access to case files from sexual assaults committed between 1993 and 2010. 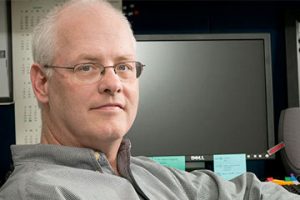 Case Western Reserve’s research—available in a series of briefs—is based on coding police and investigative reports, DNA lab reports, and criminal histories of victims and defendants.

Known as the Cuyahoga County Sexual Assault Kit Task Force, the project is partially funded by a $2 million grant from the National Sexual Assault Kit Initiative, created by the Department of Justice in 2013 to use evidence from backlogged sexual assault kits to reform how law enforcement handles future cases.

Since 2011, the Ohio Attorney General’s office has agreed to pay for the testing of unsubmitted kits from around the state. Ohio law now mandates that all kits be tested. An estimated 4,000 kits remain untested in Cuyahoga County, most from before 1993. Ohio has a 20-year statute of limitations on sexual assault prosecutions.