CWRUcible, a novel software development program based in the university’s Technology Transfer Office (TTO), proved so successful in its first year that it’s just been renewed for a second.

The program teams Weatherhead School of Management and Case School of Engineering students—guided by alumni and other mentors from business and industry—to design and develop ideas for software applications from faculty and staff. The goal: to commercialize the software, including mobile apps, for the consumer market.

“Each student team benefits from working with students in other disciplines that complement their own—much like the workplace in which they’ll eventually find themselves,” said Daniel Pendergast, TTO’s senior director of operations.

Students interested in learning more about CWRUcible can email CWRUcible@case.edu. Faculty and staff with mobile app ideas can visit case.edu/research/CWRUcible.

TTO receives about 200 invention ideas annually from across campus—mostly from peer-reviewed research. Some are potentially marketable, others not. The office’s task, then, is to determine how best to commercialize a promising idea. CWRUcible was designed to capitalize on many of the university’s interdisciplinary resources to make that happen.

Students work on an invention, from evaluating the concept’s commercial potential to prototyping and coding the new, revised or augmented design. Students receive compensation or course credit to work on real-world projects, mentored by an advisory council of Hyland Software developers, Illuminate Ventures investment advisors and a former Samsung design professional.

“The initiative is powerful on several levels,” said Michael Goldberg, the program’s faculty leader from the Weatherhead School. “It gives students the ability to look inside our Technology Transfer Office and see some of the really innovative work that’s being done by researchers on campus. The program also inspires them to look at what the possibilities are of taking these technologies to the market.”

Assistant Professor Chris Fietkiewicz is the faculty leader from electrical engineering and computer science. Westlake-based Hyland Software is the principal corporate partners. The program’s alumni advisory board members are investor Benjamin Bayat, of Illuminate Ventures in Oakland, and Rose Figliano, a design professional formerly with Samsung. 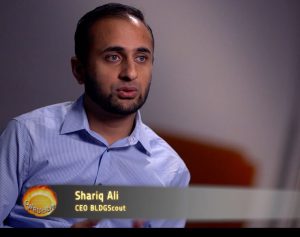 Teams are composed of Weatherhead School MBA students, focused on product design and innovation, with undergraduate students from electrical engineering and computer science.

CWRUcible’s most visible project so far is unVolt, a mobile app by a company called BLDGScout that identifies simple changes consumers can make to their daily routine to help decrease their home energy use. The technology was developed with a grant from the U.S. Department of Energy.

“The greatest value we received from the CWRUcible program was knowledge of the startup ecosystem on campus, from the IP Venture Clinic that provides free legal support, programming resources and the TTO and its network,” said Shariq Ali, a graduate student in mechanical engineering and founder of BLDGScout. “The program helped us iterate our business model canvas and evaluate different options available to us.” 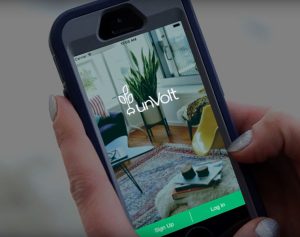 Amith Iyer, a mechanical and aerospace engineering major, said Alexis Abramson, director of the Great Lakes Energy Institute, directed him to work on unVolt, given his keen interest in energy.

“I served primarily as a front-end developer, designing the user interface and experience for the mobile app,” Iyer said. “As with any startup, we are still working out kinks and still have a long way to go, but I believe that, one day, unVolt will be at the forefront of residential energy efficiency.”