More than 40,000 students from 185 countries worldwide have enrolled in Diana Bilimoria’s MOOC, Women in Leadership: Inspiring Positive Change. And this fall, one student called her out of the blue with a proposition: Would Bilimoria teach elements of the course in Ethiopia to female senior police officers for the United Nations Police (UNPOL)? 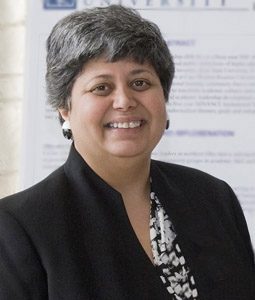 “She said my course was inspiring to her work with the UN, and I was eager to help however I could,” said Bilimoria, the KeyBank Professor and Chair of Organizational Behavior at Case Western Reserve University’s Weatherhead School of Management.

“The senior-most levels in both corporate and police settings tend to be male-dominated, and in both there is a rarity of women,” Bilimoria said. “Naturally, there are similar opportunities to succeed in these environments using effective leadership strategies.”

Held Dec. 3-8 in the country’s capital, Addis Ababa, it was the first UNPOL course of its kind. Women in senior policing positions—some with hundreds of officers under their commands—were being prepared for UN peacekeeping command roles around the world.

Bilimoria was one of 10 instructors and the only one with no direct connection to policing. Still, her career in coaching and teaching female business executives resonated. 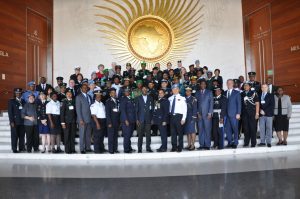 Dignitaries, course participants, and instructors at the African Union headquarters building, in front of the Nelson Mandela Plenary Hall, in Addis Ababa.

“There was an immediate feeling of relevance,” said Bilimoria. “The setting is different than the corporate world—lives are on the line in police work—but their tasks are driven too by a higher mission. Every day these leaders are setting a vision and goals, coaching and mentoring their teams, ensuring accountability, and so much more.”

This article was originally published Jan. 3, 2018.

Vaccines and epidemics: Lessons from history

“Preparing for Intersections: Improving Presentation Skills and How to Make a Poster”