Electronic health records (EHRs) produce savings for hospitals by reducing the average length of patient stays—but only in facilities meeting the highest federal standards for implementing the technology, according to new research from Case Western Reserve University.

The findings are significant for a health care industry with growing levels of spending—now roughly 18 percent of the nation’s gross domestic product. 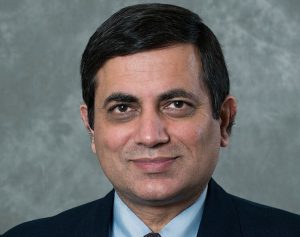 Manoj Malhotra, dean of the Weatherhead School of Management

In hospitals meeting the federal government’s measure of “meaningful use” of electronic health records, patients are discharged nearly four hours earlier—approximately a 3 percent reduction of the average five-day hospital stay.

For sicker patients, the benefit was even greater: Those with complex or multiple chronic conditions see up to an additional 0.5 percent reduction in their hospital stays.

What’s more, researchers found that these shortened stays did not come with an increase in readmissions. With prolonged patient stays costing hospitals an average of $600 a day, the use of electronic records could help contain growing costs, especially amid a trend of reduced reimbursements from insurance companies and entitlement programs.

“Longer hospitals stays cost more money for all involved,” said Manoj Malhotra, dean of the Weatherhead School of Management at Case Western Reserve and co-author of the research.

“Electronic health records, when meaningfully implemented help patients go home sooner, reducing their exposure to germs in the hospital and likelihood of having to come back,” he said.

Hospitals that did not fully engage in meaningful use of electronic records showed no significant reductions in length of patient stays, according to the study, which was published in the Journal of Operations Management.

“Any efficiencies, even small improvements, can produce significant savings when adopted in a large health care system—and are certainly preferable to the alternative,” said Malhotra, who is also the Albert J. Weatherhead, III Professor of Management at the university.

Health care savings, thanks to federal perks (and penalties)

While electronic records are touted for their potential to reduce hospital errors and inefficiencies, their adoption had been slow among U.S. hospitals. 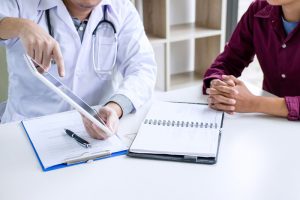 In 2010, a $27 billion package included in the Health Information Technology for Economic and Clinical Health (HITECH) Act encouraged hospitals to adopt and meaningfully use the technology—and established penalties for failing to do so, such as negative adjustments to Medicare and Medicaid reimbursement.

The approach has been successful in pushing increased adoption of electronic records: By 2015, the level of adoption had reached 80 percent of hospitals nationally. But a more proactive approach that meaningfully uses the technology beyond mere adoption may be needed to see more progress, researchers conclude.

“Whereas partial or full adoption showed no benefits for reducing patient stays, meeting the government’s highest standard of meaningful use reduced length of stay without any adverse impact on readmissions,” said Malhotra. “Results from this study indicate that meaningful assimilation of technology is likely to help free-up clinicians and other valuable resources—this approach is preferable to making additional investments in facilities or hiring additional employees as more people seek hospital services.”

The research—co-conducted with Deepa Wani, an assistant professor of management science and statistics at the University of Texas at San Antonio—used four years of detailed patient-level data from all acute-care hospitals in California, as well as data reported by the Centers for Medicare & Medicaid Services (part of the U.S. Department of Health and Human Services) on hospitals that successfully attested to meaningful use criteria stated in HITECH.