Study: After Hurricane Katrina, personal debt fell for those worst hit—but at a cost

After Hurricane Katrina devastated New Orleans a dozen years ago, there was a sharp and immediate drop in personal debt among residents living in city’s most flooded blocks, according to a new Case Western Reserve University study.

Yet, the main driver of this debt reduction—using flood insurance to pay off mortgages of damaged homes, rather than rebuilding or repairing them—may ultimately harm the city’s recovery, the study suggests. 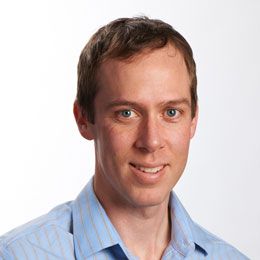 “While paying down mortgage debt is usually seen as a positive, if homeowners do this and move, then it could slow the rebuilding of neighborhoods—especially if residents are more likely to return when others do,” said Justin Gallagher, an assistant professor of economics and co-author of the study, published this month in the American Economic Journal: Economic Policy.

But the propensity to pay off mortgages—and not rebuild—was especially high in the deepest-flooded neighborhoods.

In many cases, lenders must approve how homeowners use flood insurance payouts and can create conditions and pressures for how the money is spent.

“The findings suggest that the higher number of mortgages provided by local lenders can result in a more positive impact on a community’s redevelopment after a natural disaster,” Gallagher said.

After Katrina, new mortgages by nonlocal lenders fell sharply, relative to those by local lenders.

Causing an estimated $108 billion in property damage, Hurricane Katrina hit New Orleans on Aug. 29, 2005, and flooded 85 percent of the city after its levees were breached by a surge of storm and coastal waters.

In the U.S., more than 200 weather and climate disasters have exceeded $1 billion in damages since 1980, with a total cost exceeding $1.2 trillion, according to the National Oceanic and Atmospheric Administration.

Yet, relatively little is known about how people affected by natural disasters cope with the resulting financial shock, said Gallagher, though the U.S. government has many longstanding programs to do so.

After Katrina, researchers found that the worst-flooded residents relied on credit cards in modest amounts—incurring an average temporary increase of 15 percent, or $500, in new credit card debt. (Though, there was some evidence of a tightening overall credit market for flooded residents.)

Daniel Hartley, a policy economist with the Federal Reserve Bank of Chicago, co-authored the paper.

This article was originally published Sept. 7, 2017.