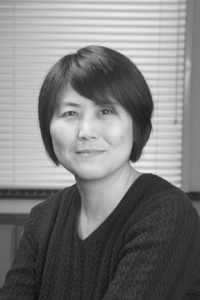 Men with urinary leaks from surgery or radiation therapy for prostate cancer can benefit from “Kegel” exercises known for treating incontinence in women after giving birth, according to a Case Western Reserve University study.

About 30 percent of prostate cancer patients nationally are affected by incontinence a year after surgery, and another 14 percent still feel the effects after five years, said Amy Y. Zhang, associate professor from the Frances Payne Bolton School of Nursing at Case Western Reserve.

“Urinary incontinence has been shown to cause significant distress in men following prostate cancer treatments,” Zhang said. “They’re afraid to travel or attend other social gatherings because there may not be a restroom nearby.”

The findings, published in a Journal of Urology article Zhang wrote, detailed results from 244 men randomly assigned to one of three approaches to reduce leakage and manage symptoms.

The first two approaches offered the men one session of biofeedback-assisted pelvic exercises and six biweekly sessions—either in a peer support group or by phone—to learn how to self-manage their symptoms.

In the third approach, men received information and a doctor’s directions for care or sought information on their own.

Researchers tracked leakage and symptom distress at the beginning of the study and again at three and six months.

By the third month, the first two methods—biofeedback, plus support group or telephone contact—showed better results. The number of leakage episodes decreased.

At the last assessment at six months, the men receiving biofeedback and support recorded the greatest reduction in leakage amount.

While more study is needed, Zhang speculates that the improvements were most influenced by the peer group support.

“This study helps fill a gap in our knowledge about how we can treat these patients,” she said.