Study: So-called “bright girl effect” does not last into adulthood

The notion that young females limit their own progress based on what they believe about their intelligence—called the “bright girl effect”—does not persist into adulthood, according to new research from Case Western Reserve University.

The study also found almost no relationship between gender and intelligence “mindset,” which refers to a person’s beliefs about his or her own intellectual potential.

According to mindset theory—developed by Carol Dweck, a psychology professor at Stanford University—some people have “growth” mindsets while others have “fixed” mindsets.

A growth mindset, considered a positive trait, is more likely to lead a person to try to overcome challenges, believing intelligence can improve with effort.

Fixed mindsets, often seen as a negative, are more likely to lead people to avoid difficult tasks and assume failure is due to intelligence levels that cannot be changed. 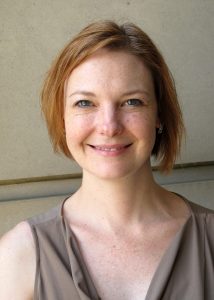 Because girls are thought to mature earlier than boys, according to mindset theory, they are often praised for their attributes—how they “are.” More of this type of praise is given to “bright” girls, which leads them to believe their cognitive abilities are more or less set in stone.

Published in the journal Intelligence, the new research found little indication such a phenomenon exists in adult women.

“Overall, we saw no reliable evidence for a relationship between women’s intelligence and their mindsets,” said Brooke Macnamara, an assistant professor of psychological sciences at Case Western Reserve and co-author of the study. “Our results do not support the idea that men and women differ in their beliefs about intelligence.”

The findings run contrary to some cornerstones of the mindset field: that females, especially smarter females, tend to believe their intelligence levels are static, and that differences in childhood praise given to boys and girls can heavily influence a person’s beliefs about their own intelligence.

In three studies, nearly 400 total participants were given an intelligence test and a measure developed by Dweck that discerns a person’s attitudes toward the plasticity of their own intelligence and talent.

They were asked, for example, how much they agreed with such statements as, “You can always substantially change how intelligent you are,” and “No matter who you are, you can significantly change your level of intelligence.”

The studies are among the first to investigate three factors among adults: measured intelligence, intelligence mindset and gender.

Evidence for the bright girl effect is mostly based on three academic studies conducted with children and adolescents from the 1980s.

“These studies help fill in gaps in the mindset research,” said Macnamara. “Some past research has suggested a ‘bright girl effect’—gender differences among children. However, a ‘bright woman effect’—gender differences among adults—seemed to be an untested assumption. Across our studies, there were no consistent relationships among intelligence, mindset and gender. Our research did not support the idea of a ‘bright woman effect.’”

Case Western Reserve’s research is based on three academic studies conducted with adults—one with college students and two conducted online with adults of all ages, through Amazon’s MTurk service.

The paper was co-authored by Natasha Rupani, ‎a former research assistant in the Skill, Learning and Performance Lab and recent graduate of Case Western Reserve.