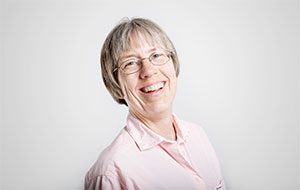 Weatherhead School of Management Economics Professor Susan Helper will play a lead role on a team that began developing the research the past two years, while Helper was on leave from Case Western Reserve to serve as chief economist at the Commerce Department. The previous year she served on President Barack Obama’s Council of Economic Advisers.

“As far as we know, there has been no study of the return to U.S. employers of investing in apprenticeship,” said Helper, the Frank Tracy Carlton Professor of Economics at Weatherhead School of Management. “Given the renewed interest in the learn-while-they-earn apprenticeship model, it is important to fill this gap.”

The study will analyze diverse sectors and geography to provide needed data on employer benefits and costs.

The study will gather data to help employers understand if investing in registered apprenticeships can boost the bottom line, while helping the nation prosper. Researchers will make visits to companies and hold conversations with workers and managers. U.S. employers who sponsor registered apprentices generally do so to build a pipeline of skilled workers, boost retention, reduce recruiting costs and improve productivity.

President Obama recently announced that $175 million in American Apprenticeship Grants will help train and hire more than 34,000 new apprentices in high-growth and high-tech industries over the next five years.