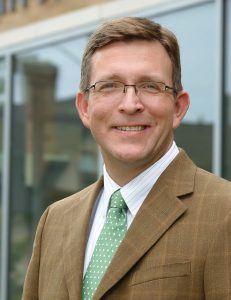 Substantial numbers of Cleveland’s youngest students have had elevated levels of lead in their blood prior to kindergarten and these children have a higher risk of academic issues, according to two new studies by researchers at Case Western Reserve University.

The first study, in coordination with Cuyahoga County’s Invest in Children initiative, outlines early childhood lead exposure and its impact on kindergarten readiness.

“In both number and proportion, children in Cleveland and Cuyahoga County are more at risk for lead exposure than children almost anywhere else in Ohio,” said Rob Fischer, an associate professor at Case Western Reserve’s Jack, Joseph and Morton Mandel School of Applied Social Sciences and a lead researcher on the studies.

“The seriousness of this problem cannot be overstated, especially when we understand the consequences of lead exposure for a child’s well-being and success in later years,” Fischer said.

Rebekah Dorman, director of Invest in Children, said her office commissioned the study to add to the understanding of the scope of lead exposure among young children and where there may be opportunities to take action.

“This study of lead exposure and kindergarten readiness is an important contribution to the field as we look for early childhood interventions that will help ameliorate the impact of lead,” she said. “These results present a small measure of hope that high-quality preschool may help those children with elevated lead levels who do not have other significant medical or environmental factors in their lives. It is also a call to action that we need to do better at screening the many children at risk so that we can identify those in need of help as soon as possible.”

Those findings dovetail with another Mandel School study, running simultaneously that shows the number of Cleveland children who arrive at kindergarten having already had an elevated blood lead level.

That study examined more than 10,000 kindergartners entering Cleveland Metropolitan School District (CMSD) schools over a three-year period, reporting the proportion of students with a history of elevated lead levels by school. School enrollment records were matched to lead-testing data from the Ohio Department of Health from 2008-2016.

The report highlights the disparity in lead exposure by Cleveland neighborhood and school.

“Generally, schools with a greater prevalence of kindergartners with lead histories are located in proximity to neighborhoods that also have high rates of children with elevated blood lead levels. Students reflect the lead risk in the neighborhoods their school draws from,” said Fischer.

Cleveland has markedly higher lead exposure among children compared to many other communities, due to the city’s aging housing stock and poverty levels, according to the report. The primary threat of lead exposure to children comes from leaded paint in deteriorating homes built before 1978.

Children can be exposed to lead when leaded paint chips and/or dust is inhaled or ingested.

Childhood lead exposure has been linked to a variety of negative health and behavioral problems. Lead impacts a child’s IQ and cognitive development, executive functioning and self-control—not to mention lower performance on school-readiness assessments and early grade proficiency tests, already well-documented in medical and research literature.

Additional highlights from the report include: