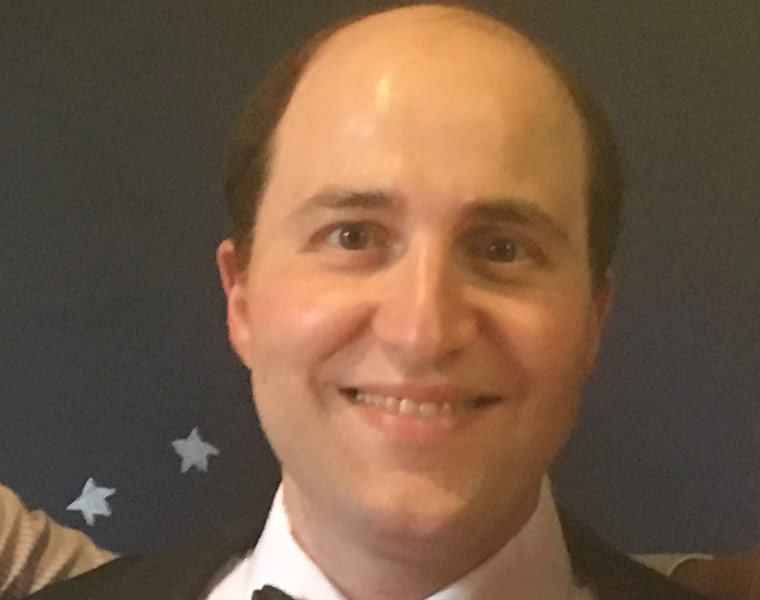 When Rob Lucas came to Case Western Reserve University in fall 2015, he was tasked with taking an idea for a new open-access biomedical journal and making it a reality. The Pathogens and Immunity journal officially launched in May 2016, in large part due to Lucas’ dedication to the publication.

Now, that journal stands as a testament to Lucas’ skills and hard work, following his death last weekend at the age of 41 after a long battle with illness.

Michael Lederman, the journal’s editor-in-chief and the Scott R. Inkley Professor of Medicine, described Lucas as bright, creative and imaginative. As Lucas worked to establish the journal, those qualities were evident.

While Lucas hadn’t previously worked in a medical-related field, he brought years of nonfiction editing experience to the role and helped engineer the journal’s launch, which Lederman said he did with “amazing effectiveness.” Lucas also went on to become a member of the World Association of Medical Editors.

As managing editor, Lucas was central to the journal’s success, overseeing the day-to-day operations of the publication. Lederman said Lucas was easy to work with, and he often received positive feedback about Lucas from the journal’s authors.

Donald Anthony, senior editor and a professor of medicine, said it was “clear that he … enjoyed his profession. His enjoyment was infectious, and I found myself having many conversations with Rob in the hall just to hear his perspective and enthusiasm on issues.”

Anthony felt Lucas’ work made an impact at Case Western Reserve and beyond and noted that, despite his illness, Lucas strove to grow the journal.

Outside of his role at Case Western Reserve, Lucas was a cinematographer. While earning his master’s degree in communications at University of Akron (where he also completed his bachelor’s degree), Lucas launched the Akron Independent Film Festival in 2002. He also wrote and directed a documentary titled Stella Walsh about the Olympic athlete, which was shown at 35 film festivals, including Cannes, Austin, Florida, and Slamdance. His work in film also carried over to the journal in at least one instance: A video he wrote and directed helped showcase the publication’s streamlined submission process.

“Rob was relentlessly optimistic, yet grounded and forthright in discussing not only his illness, but sharing his interests, his dreams, and stories about his young family,” said Nikhil Chand, who manages the journal’s information technology and is an information technology manager with the Cleveland AIDS Clinical Trials Unit. “I learned from Rob, and I am grateful our paths joined, even if only for a few years.”

The Daily will share information about memorial services should they become available.

“Racism is a Public Health Crisis: Impacts on Health, Healthcare Access, and Quality of Care”