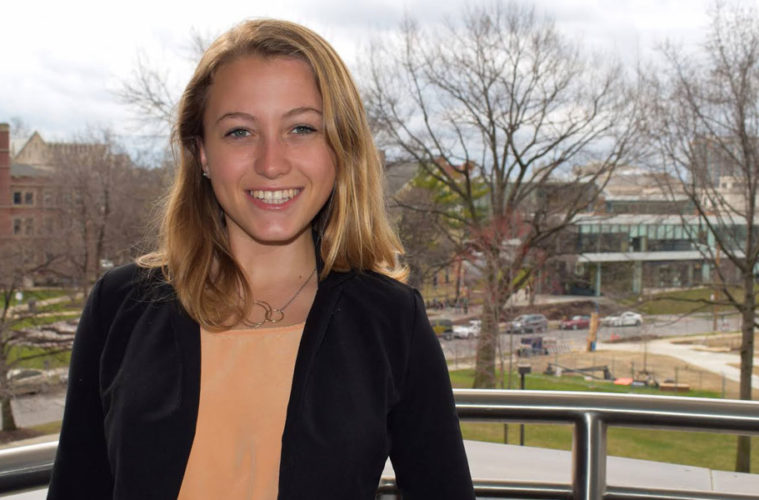 What was the deciding factor that made you choose CWRU?

“When I applied to CWRU, I had never visited. I heard of it from my aunt and uncle, who attended Western Reserve College (class of 1963). But I will never forget the first time I visited campus. It was that ‘aha!’ moment, where I knew immediately that this would be the right place for me. I loved the combination of both green space and urban layout, and I had the chance to talk to professors in different departments, which really set in stone my love for CWRU.”

The role of president, whether of an organization or of a nation, is a big role to fill. As president of Undergraduate Student Government (USG), Marin Exler can attest to that: “It’s really easy to be a leader, but it’s really hard to be a good leader.” Exler’s leadership style—based in empathy, understanding, fortitude and strength—has developed and evolved since her very first student election in the eighth grade. She knows when to fight for what she believes in and when to compromise. She welcomes feedback, isn’t afraid of failure, and promotes kindness in all that you do. And most importantly, encourages others to be leaders in their own right. While immediate career plans are undecided, she sees herself involved with government or public service at the local, state or national level someday. “I know that my path will lead me back to running for public office. Advocacy, constituent work, and ethical leadership are what I want to dedicate my life to.”