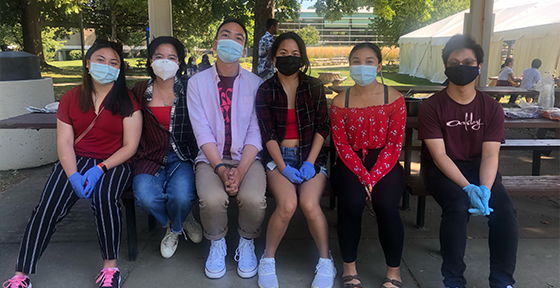 October is Filipino American History Month, which commemorates the first recorded presence of Filipinos in the continental U.S. To learn more about Filipino culture, The Daily sat down with Andrew Bolognese, president of Case Western Reserve University’s Filipino Student Union.

The student group, led by six officers, aims to provide the university community with a taste of Filipino culture by promoting and highlighting the values and traditions that make the Philippines unique. Bolognese said the group is open to students of any background who wish to learn more about Filipino culture or share in their stories—and, of course, for Filipinos to explore their own history.

He believes the Filipino Student Union at CWRU has allowed for his culture to be shared with people who probably don’t know much about it.

“Outside of major cities and the West Coast, Filipinos are not really present in communities or are in very small numbers,” he explained. “[Our group] being in one of these very traditionally low-represented areas gives our culture the attention that it deserves.”

Earlier this semester, group members hosted their first event to welcome students to Cleveland and Case Western Reserve, where they served a Filipino-style breakfast with foods like pancit noodles—often described as Filipino chow mein.

“My favorite event we ever did was when we ate in a Filipino style called ‘kamayan,’ where there’s an elaborate table set up with banana leaves where everyone eats with their hands, no utensils at all,” Bolognese said. “Obviously, we cannot have an event like this during a pandemic, but I do hope that we could feasibly do this event before I graduate.”

“What I really enjoy is that most of the people that attend our events are not actually Filipino—they’re students who want to learn about our culture,” Bolognese noted. “Students like the foods we serve and we have found this to be a nice gateway into Filipino culture.”Learn more about Filipino American History Month and how you can get involved with the Filipino Student Union at CWRU.