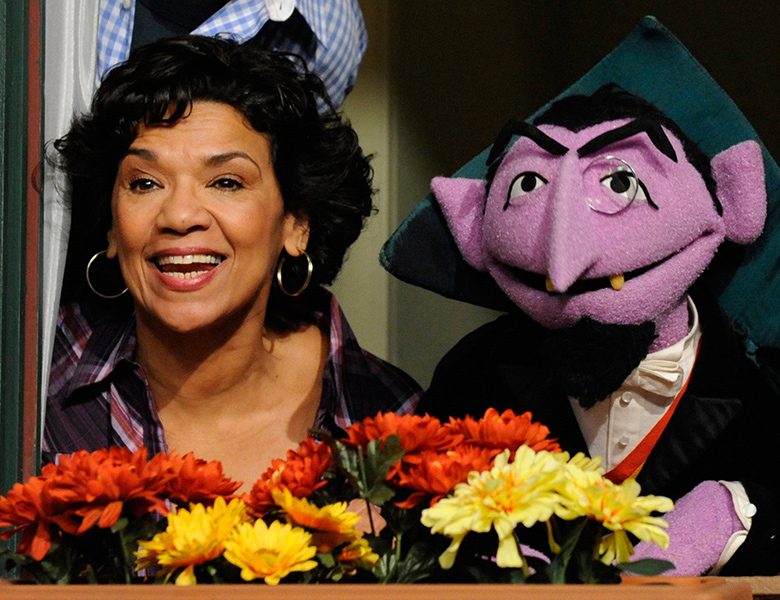 Presenting “From the South Bronx to Sesame Street (A Puerto Rican Story),” Manzano will speak on campus Oct. 15 as part of the university’s Hispanic Heritage Month celebration

Sonia Manzano—who broke ground as one of the first Latina actresses on national television, portraying “Maria” on Sesame Street from 1971 to 2015 while also writing for the PBS show (still the longest-running children’s program in television history)—will speak at Case Western Reserve University as part of the 2019-20 Power of Diversity Lecture Series.

To RSVP for the event, which is free and open to the public, visit case.edu/diversity or email janetta.hammock@case.edu.

“So many of us have grown up with the communal stories Sonia Manzano has shared on television and in print and continue to be impacted by her body of work,” said Joy Bostic, interim vice president for the Case Western Reserve Office for Inclusion, Diversity and Equal Opportunity, which presents the lecture series.

“Sonia Manzano’s appearance on our campus is a powerful addition to our diversity education and awareness initiatives,” said Bostic, who also serves an associate professor of religious studies in the university’s College of Arts and Sciences.

A life on the page, stage and screen

Before Manzano became an award-winning television writer, author and Emmy-nominated actress, she was raised in the South Bronx and first developed her skills and love for performance at Manhattan’s famed High School of Performing Arts.

While still a junior at Carnegie Mellon University in Pittsburgh, she starred in the original production of the off-Broadway show Godspell. Less than a year later, she was cast in Sesame Street, where she also penned scripts—winning 15 Emmys as part of the show’s writing team—including for major events in the storyline of her character, Maria, such as the birth of her baby (played by, for a time, Manzano’s real-life daughter, Gabriela).

While a mainstay on Sesame Street—on which her character owned the “Fix-It Shop,” a fan favorite—Manzano also performed in a several New York-based stage productions, such as The Vagina Monologues, The Exonerated, and Love, Loss, and What I Wore.

Her film credits include Deathwish, Follow That Bird and Elmo in Grouchland.

As an author, Manzano contributed to the Peabody Award-winning children’s series Little Bill and penned a number of her own books, including No Dogs Allowed—selected by the General Mills “Spoonfuls of Stories” initiative to be transformed into a children’s musical encouraging literacy.

Her first young-adult novel, 2012’s The Revolution of Evelyn Serrano, portrays the Latino community during the Civil Rights Movement through the eyes of a young girl coming of age in the midst of social upheaval in Spanish Harlem.

Since her 2015 retirement from Sesame Street—celebrating its 50th anniversary this year—Manzano continues to advocate for education, diversity and children’s issues, while remaining a prolific writer.

Her memoir Becoming Maria: Love and Chaos in the South Bronx—released in 2015—was joined by a Christmas picture book, Miracle of 133rd Street.

And, in 2016 alone, Manzano received the Lifetime Achievement Award at the 43rd Annual Daytime Emmy Awards and was awarded honorary doctorates from her alma mater, Carnegie Mellon; as well as from Tufts University; and Lehman College—joining another, from Notre Dame University, from 2004.

The Power of Diversity Lecture Series

The Office for Inclusion, Diversity and Equal Opportunity sponsors the lecture series to inspire campus dialogue, community engagement and civic education and learning about the national narrative on diversity and inclusion. The annual series includes two distinguished guest speakers from the national or international scene and six scholars from the university.

Past national speakers in the series have included Ray Suarez, former host of NPR’s Talk of the Nation and chief national correspondent for the PBS Newshour; Mary Frances Berry, former chair of the U.S. Commission on Civil Rights; Marc Lamont Hill, a political contributor for CNN and distinguished professor at Morehouse College; and others.