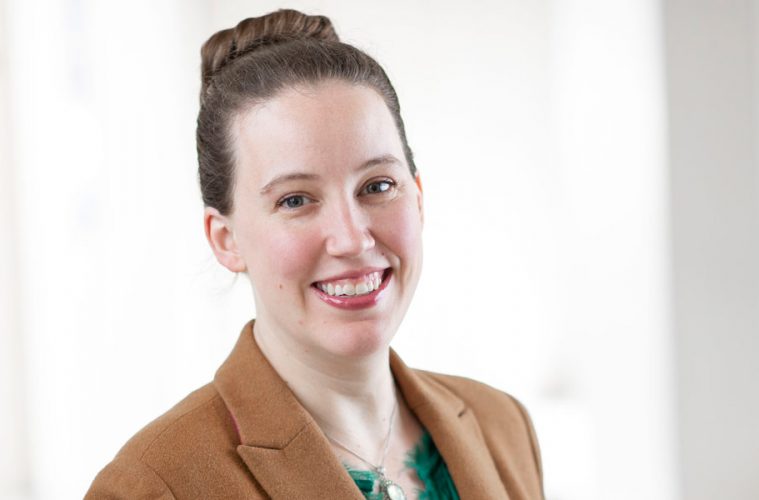 Now, she has a National Science Foundation (NSF) CAREER Award specifically supporting that work. Daltorio is among several Case School of Engineering faculty members to receive this prestigious grant this year. (The other researchers are being announced in separate stories in The Daily.)

“We are honored to have a deep bench of early-career researchers gaining recognition on a national level,” said Venkataramanan “Ragu” Balakrishnan, the Charles H. Phipps Dean of the Case School of Engineering.

Daltorio, an assistant professor in mechanical and aerospace engineering, said the five-year, $600,000 NSF CAREER award will allow her to take the next step in bridging a gap between the design and function of biological creatures and manufactured robots.

“When you’re designing a robot, you want very reliable, precise sensors, and you know what each one is going to do,” she said. “But animals aren’t that way; they are covered with what amount to cheap and undesirable sensors—at least in the mind of the engineer.”

The NSF Faculty Early Career Development Award is considered the agency’s most prestigious grant that junior faculty can receive.

Balakrishnan said Daltorio was “a rising star among our faculty, earning accolades and national-level recognition along the way. We could not be more proud to have this exceptional alumna as a member of our research community.”

With NSF funding, Daltorio and students in her lab will continue their work, focusing specifically on earthworm-like machines.

“Earthworms are the perfect locomotion mechanism for this, because coordination is key,” she said. “Uncoordinated segments do not result in locomotion, but when the segments work together, the worm can traverse spaces that are too confined for other types of robots.”

Daltorio said she also hopes to better understand how soft robots might move in confined spaces: a robotic worm, for example, moving through a pile of rubble after a natural disaster to search for survivors.

It’s been a 20-year journey at Case Western Reserve, which began when she enrolled as an undergraduate in 2001; she went on to earn her doctorate and postdoctoral scholar position at the Case School of Engineering as well.

She joined the faculty in 2017 and launched a research lab soon after. Two years later, the Office of Naval Research selected her as one of 24 Young Investigator Award recipients who shared $16.5 million for maritime studies. Daltorio used her funding to continue developing crab-like robots for amphibious terrain.

Her robots have won autonomous lawn-mowing competitions, have climbed vertically with gecko-inspired adhesives on simple feet and provided platforms for testing hypotheses about animal locomotion and neurobiologically inspired control.