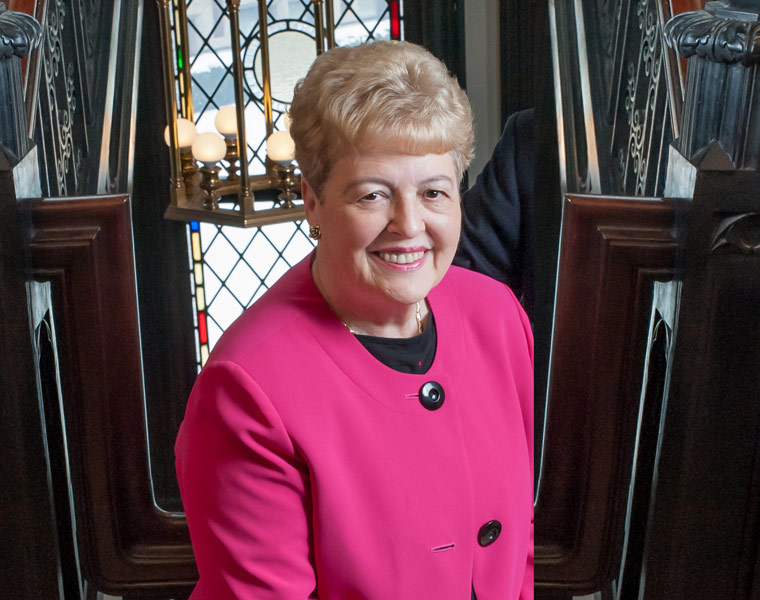 At first blush, the word that Tim Goler uses to describe his mentor, Eva Kahana—as “family”—would seem to belie their dissimilar backgrounds.

Kahana is a Hungarian Jewish refugee who survived Nazi occupation, the Holocaust and a brutal Communist rule in her native country to become a sociology scholar in Cleveland.

And Cleveland is where Goler grew up fatherless, in a turbulent neighborhood in the 1970’s—and who decided to re-enter school in his mid-40’s to pursue a PhD, while raising a daughter as a single father.

“We come from totally different places,” he said. “But we have oppression in common. We both know how to overcome: Me struggling to build a life alone as an African-American male, feeling like a fish out of water—and there I am, finding kinship with Eva, who suffered terrible persecution and pain for who she is and created a new life anyway, starting with very little.”

In fact, it was their unique and immediate bond—and Kahana’s tireless mentorship and advocacy for Goler that he credits with helping him meet the challenges of a PhD program that had produced only one previous African-American male graduate. In 2019, Goler became the second.

“Eva was the first person in my life who lifted me up—saw my own value—acknowledged that what happened to me wasn’t fair,” said Goler, now an assistant professor of sociology at Norfolk State University. “Eva truly is my family.”

Such unwavering service to her students was cited by multiple pupils in nominating Kahana—a Distinguished University Professor—for the John S. Diekhoff Award for Distinguished Graduate Student Mentoring, which she will receive during commencement on May 17.

“Being a mentor is not some special project I’m doing. It’s who I am” said Kahana, the Pierce T. and Elizabeth D. Robson Professor of the Humanities. “We’re all born into race and religion and, for most part, gender—these are things we didn’t really choose, so we have to reach out to one another as human beings first.

“Tim had no advantages in life, but I believed in him from the very start,” she said. “Being a mentor means having love in your heart for every person.”

Kahana turned the hardships of her own life into a rigorous, scholastic exploration of a better understanding of stress, coping and resilience in the face of adversity. Her very survival of the ravages and aftermath of World War II necessitated service to others, she said.

Mentees and colleagues also credit her consistency with what’s become another uncannily Kahana-esque characteristic: an inexhaustible work ethic matched only by her generosity of spirit and an infectious optimism that has converted the most self-skeptical students into believers of their own potential.

“So few possess a profound sensitivity for the human condition and spirit,” said Goler, “while never being outworked.”

Within a year of obtaining her PhD at age 27, Kahana secured her first major grant from the National Institutes of Health and dove headfirst into a career that bolstered and expanded the field of sociology over a half-century.

Still—of her celebrated career, countless publications, accolades and admirers—Kahana all too quickly pivots to the success of her former students. “I’m so proud,” she said, “But it’s getting a bit awkward, because some are retiring before me.”

No such plans are on Kahana’s docket; in fact, on her desk—among her files for ongoing projects—sits a small statue, gifted by a former student. It reads: “When you are full of wonder, the world is a wonderful place.”

“I believe that,” said Kahana. “That’s why I still apply for research grants at the age of 79.”

Meanwhile, Goler is completing his first year as a full-time faculty member at his undergraduate alma mater—a once-dream impossible to have realized without Kahana’s guidance.

“If everybody could model themselves after Eva,” said Goler. “Our world would be better.”