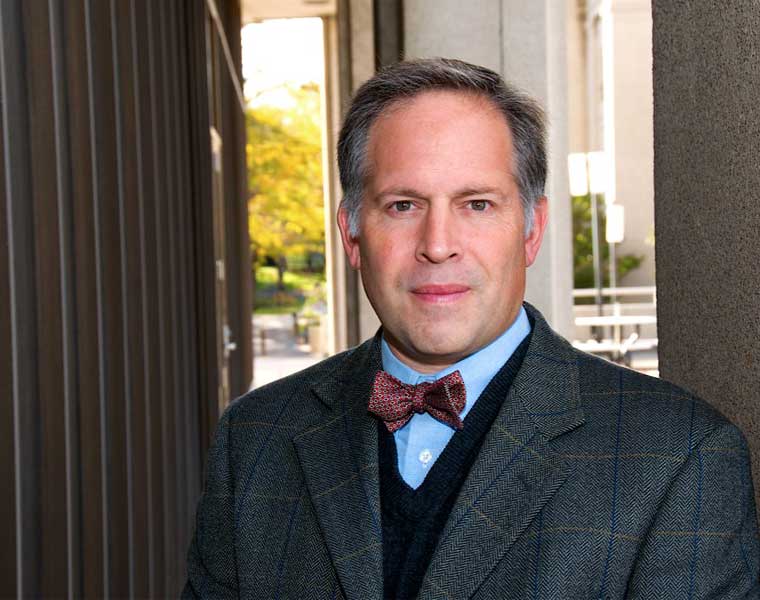 Brian Gran, professor in the Department of Sociology at Case Western Reserve University, has been selected as a National Academy of Sciences, Engineering, and Medicine Jefferson Science Fellow (JSF) by the U.S. Department of State. During his year-long fellowship, Gran, who has secondary appointments with the School of Law and Jack, Joseph and Morton Mandel School of Applied Social Sciences, will focus on children’s and human rights.

Gran’s one-year appointment will take him to Washington, D.C., but his fellowship is likely to land him in places experiencing turmoil and where human rights are being ignored or threatened and people face extreme violence. He hopes his observations and recommendations could have a lasting impact on human rights, such as education, health care and due process.

“I’m very interested in how my scholarship can contribute but also, I’m interested in the flipside of what I’m going to learn—how human rights can promote stability and make things better for society,” Gran said. “This will be a chance to see up close how this works in practice. This is stuff that may change the way the world works.”

Gran learned about the JSF program when he was a Fulbright scholar exploring children’s rights. While the program typically does not include social scientists, Gran made a strong case for it and got the assignment following an intensive application and interview process.

“I think I’m the first sociologist to do a Jefferson,” he said. “The chance to do human rights in this way is very exciting.”

The JSF program is administered by the National Academies of Sciences, Engineering, and Medicine and is supported by the U.S. Department of State and the U.S. Agency for International Development (USAID). Tenured, or similarly ranked, academic scientists, engineers and physicians from U.S. institutions of higher learning who are U.S. citizens are eligible.

Following the fellowship year, the Jefferson Science Fellow returns to his/her academic career, but remains available to the U.S. Department of State/USAID for short-term projects over the subsequent five years.