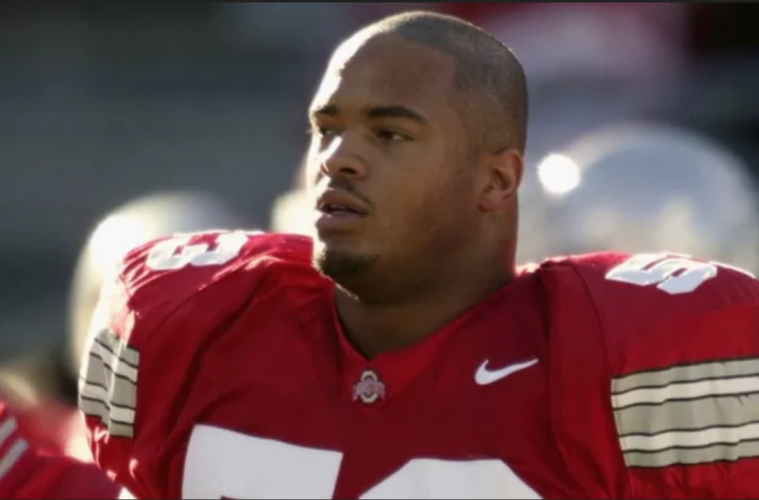 Even as a child, Ivan Douglas felt driven to help others in need. While he knew his large size and stature better fit the stereotype of a bully, “being a champion for the less fortunate was a passion placed on [his] heart by God.”

Those words, part of the personal statement Douglas wrote in applying to the university’s social work program, extended well beyond his professional aspirations.

“Ivan was a gentle ‘big teddy bear’ who was loved by everyone,” former Ohio State University football teammate Chukwuemeka Onyejekwe observed. “He made a positive impact on everyone he came in contact with and was someone who truly cared about the community.”

That community has been reeling since learning that Douglas, 41, died late last week from complications of COVID-19. A husband and father of two young boys, he had just started the intensive weekend program for his master’s degree in social work in August.

“Ivan Douglas was a kind, humble, respectful man who will be missed by all who knew him,” said Marquetese “Nikki” Betts, an instructor in Douglas’ program at the Jack, Joseph and Morton Mandel School of Applied Social Sciences. “Ivan’s love for his family, his community, as well as his commitment to professional growth were evident to all. I will forever cherish our conversations, whether it was about the children he worked to protect, graduate school or the joy he had being a husband and father.”

A Northeast Ohio native who played on Benedictine’s state championship football team in the 1990s, the 6’7” Douglas had a solid freshman season at Ohio State University before lung clots kept him off the field for his entire sophomore year. By the following year, he had recovered enough to become a starter on the Buckeyes’ offensive line when the team won the national championship in 2002. But the clots later returned, prematurely ending his collegiate playing career.

Douglas completed his undergraduate degree while also serving as a student coach, then spent eight months with the Oakland Raiders in an unsuccessful bid to play professional football. He returned to the Cleveland area and worked as a special education aide in the Shaker Heights schools, then worked as a property manager and material handler. In 2016, he joined Cuyahoga County’s Department of Children and Family Services as a social worker.

Five years later, in his personal statement when applying to Case Western Reserve, he explained he had chosen to pursue graduate school to learn more about the principles and methods involved in best serving children [and] “to connect with like-minded individuals who share the same passion for ensuring children’s safety.”

Mandel School Interim Dean Sharon Milligan noted that she and her colleagues had been so impressed by Douglas that they not only admitted him, but also awarded him a Child Welfare Fellowship.

“Ivan was the type of person with the right qualities to best address the issues that impact the lives of families and communities and go above and beyond to provide excellent personal care for families,” she said. “His goals all revolved around supporting children and families so that they can thrive in the communities where they live through evidence-based social work practice… We are saddened by his passing.”

Douglas is survived by his wife, Lauren, and two sons, Mason, 3, and Greyson, 1. Friends and family have launched a GoFundMe campaign to assist with medical and living expenses.Students who would like support during this time are encouraged to contact counseling services at 216.368.5872. This line is staffed by a counselor 24 hours a day, seven days a week. Faculty and staff can access counseling at any time by calling IMPACT Solutions at 1.800.227.6007; they can learn more about their programs at myimpactsolution.com.