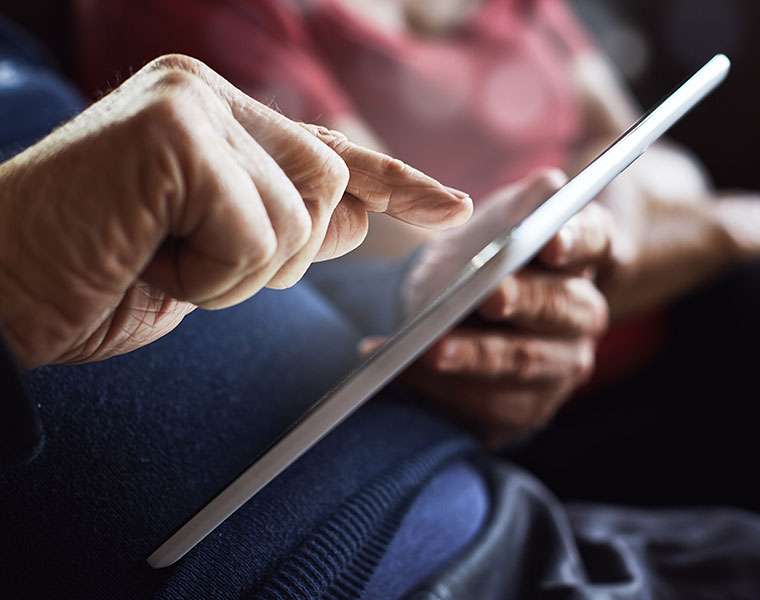 A diverse group of collaborators posed a novel question over the last year: What if  seniors could test technology designed to improve their lives in residential space that doubles as a laboratory where academic researchers could get real-world, real-time data on the technology’s performance?

Tuesday at 10 a.m., that question will be answered in a unique way with the official opening of the Smart Living Lab at Ohio Living Breckenridge Village’s Grace Wood Campus, in collaboration with Case Western Reserve University.

The 2,400-square-foot Smart Living Lab was built by Ohio Living Breckenridge Village to provide its residents a dedicated location for trying out devices and programs developed by Case Western Reserve researchers.

The idea is to have the seniors work with the devices before the technology advances to the marketplace—and where university faculty and students can immediately relate with the residents to address their daily challenges.

Ohio Living Breckenridge Village residents have already tested a shoe insert that measures balance, a Rubik’s Cube-type device to measure cognitive function and a variety of  other wearable devices.

Those projects and others—possibly including the testing of socially interactive robots—will now be housed in the new Smart Living Lab space.

The lab was the brainchild of David Schell, former executive director of Ohio Living Breckenridge Village, who has always sought collaborative opportunities and saw this partnership as the ultimate learning experience.

“What a great opportunity to create an environment where students could relate with elders on a very personal basis to address their real needs,” he said. 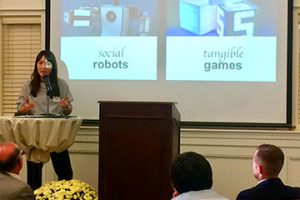 Kiju Lee, the Nord Distinguished Assistant Professor in mechanical and aerospace engineering at the Case School of Engineering, presents some of her programming to a crowd at Ohio Living Breckenridge Village at the opening of the new Smart Living Lab.

The benefits are expected to be intergenerational, organizers said. And the research benefits are expected to be interdisciplinary: While the primary research is being led and coordinated by Kiju Lee, the Nord Distinguished Assistant Professor in mechanical and aerospace engineering at the Case School of Engineering, it also will involve academic researchers from the Frances Payne Bolton School of Nursing and the Jack, Joseph and Morton Mandel School of Applied Social Sciences.

“This is a great way to involve the human element in the research and technology development,” Lee said. “Not only that, but it makes a big difference to have that tech tested by the seniors who will be the end users—not a college-age student in a lab here. That’s taking a big step toward much better outcomes for the seniors and for the scientists.”